Robert Lewandowski chalked up his sixth goal in just four Bundesliga games as Bayern Munich swept aside RB Leipzig 4-1 on Saturday to go second in the table behind early leaders Wolfsburg. 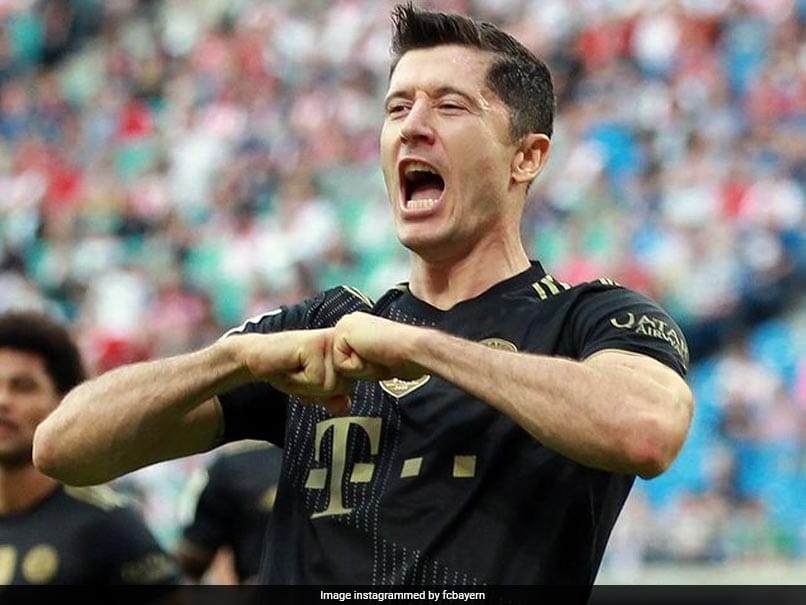 Bayern head coach Julian Nagelsmann, who quit Leipzig after two years to take charge in Munich this season, said the result flattered his side, who face Barcelona away on Tuesday in the Champions League.

"Basically it was good, but we can definitely play better."

Leipzig's American coach Jesse Marsch said they must bounce back fast ahead of their away Champions League game at Manchester City.

"The group gave their all, it's always hard playing against Bayern. We have to learn and quickly with Man City coming up on Wednesday," said Marsch.

Leipzig have lost three of their first four league games.

"We haven't had the start we wanted, we have to stay calm and stick together," added Marsch.

"The daily work with the group is really strong, but we need the results to validate it and we have to fight."

The Bavarians were ahead after just 12 minutes when Lewandowski slotted home a penalty after the ball had clipped the upper arm of Leipzig midfielder Kevin Kampl.

Bayern landed a blow directly after half-time when Musiala, on for Serge Gnabry, snapped up Alphonso Davies' pass and curled his shot around inside the far post on 47 minutes.

Andre Silva had a goal disallowed, just before Musiala whipped in a cross which Germany teammate Sane volleyed home on 54 minutes.

Laimer's thunderbolt long-range shot gave Leipzig some hope on 58 minutes only for Choupo-Moting to grab Bayern's fourth goal just before the final whistle.

There were near-deafening whistles when Marcel Sabitzer, who started the season as Leipzig captain before last week's transfer to Munich, came on for his Bayern debut and headed over the bar late on.

Lewandowski is the league's top-scorer on six goals, one more than Erling Braut Haaland, who earlier scored a brace to seal thrilling 4-3 win for Borussia Dortmund at Bayer Leverkusen.

Dortmund came from behind three times and only took the lead 13 minutes from the final whistle when Haaland converted a penalty which leaves his club third in the table on goal difference.

"You can't defend against everything and Dortmund have a world-class striker," admitted Leverkusen coach Gerardo Seoane.

Haaland's brace in Leverkusen means the Norway striker has now scored eight goals in his last five games for club and country.

Haaland has scored 13 goals this season -- five for Norway and eight for Dortmund.

Teenage Germany international Florian Wirtz put Leverkusen ahead, then set up team-mate Patrik Schick for their side's second to make it 2-1 at the break after Haaland had earlier headed Dortmund level.

Haaland then set up Julian Brandt to equalise early in the second half only for Leverkusen's French winger Moussa Diaby to put the hosts 3-2 up with 35 minutes left.

The win was a welcome 45th birthday present for Dortmund head coach Marco Rose ahead of their opening Champions League group game at Besiktas on Wednesday.

Wolfsburg stayed top with a 2-0 win at newly-promoted Greuther Fuerth.

Wout Weghort and Lukas Nmecha scored to leave them as the only team in Germany's top flight with a 100 percent record -- the first time Wolfsburg have started a Bundesliga season with four straight wins.

Robert Lewandowski Football
Get the latest updates on IND vs NZ 2021, check out the Schedule and Live Score . Like us on Facebook or follow us on Twitter for more sports updates. You can also download the NDTV Cricket app for Android or iOS.