Serge Gnabry struck twice as Bayern Munich picked up their first Bundesliga win this season with a 3-2 victory over Cologne with all five goals scored in an epic second-half. 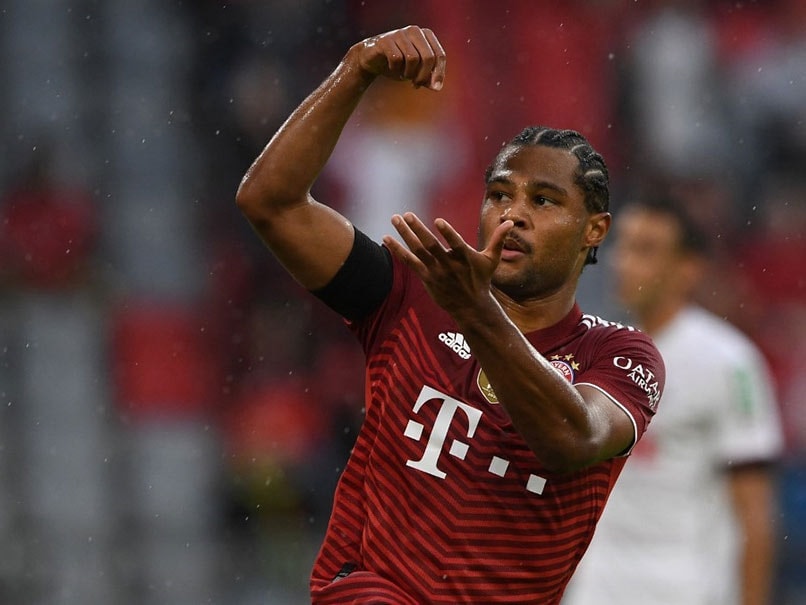 Serge Gnabry struck twice as Bayern Munich picked up their first Bundesliga win this season with a 3-2 victory over Cologne Sunday with all five goals scored in a bumper second-half. Goals by Robert Lewandowski and Gnabry put Bayern 2-0 up just after the break, but Cologne roared back with two goals in as many minutes by Anthony Modeste and Mark Uth. Gnabry gave Julian Nagelsmann his first Bundesliga win as head coach by smashing the winner into the roof 19 minutes before the whistle.

Bayern seized control at the Allianz Arena when second-half replacement Jamal Musiala, 18, ghosted through the Cologne defence and squared for Lewandowski on 50 minutes.

The Poland star, who scored a record 41 goals in the Bundesliga last season, has already scored twice in as many league games in 2020/21.

He has now scored in 12 consecutive Bundesliga games dating back to last season.

Gnabry doubled the lead when he stabbed in a Thomas Mueller cross on 59 minutes.

Cologne deserve credit for fighting back at 2-0 down and scored just a minute later.

The French veteran then swung in a cross on Cologne's next attack which Uth stabbed home to level.

Gnabry restored Bayern's lead when he picked his spot from the edge of the area as his shot flew past Cologne keeper Timo Horn.

Earlier, former Liverpool striker Taiwo Awoniyi scored his fourth goal in three games to seal a Bundesliga point for Union Berlin in their 2-2 draw at Hoffenheim.

The 24-year-old, who moved permanently from Merseyside this summer after spending last season on loan in the German capital, equalised with a superb strike early in the second half.

With Union 2-1 down, he rescued a point two minutes into the second-half by volleying home at the second attempt after his initial shot was parried.

It capped a golden week for the Nigerian who scored twice and set up a third goal in Thursday's 4-0 away drubbing of Finnish club Kuopion Palloseura in a first-leg qualifier for the Europa Conference League.

Union took the lead after 10 minutes in Hoffenheim when defender Niko Giesselmann tapped home the rebound after his header was blocked.

The hosts roared back as defender Kevin Akpoguma headed in the equaliser four minutes later.

Hoffenheim took the lead on half an hour when a superb Andrej Kramaric long ball was met by Danish forward Jacob Bruun Larsen, who scored his second goal in as many games before Awoniyi equalised.

Union finished with 10 men as defender Marvin Friedrich was dismissed in added time for a second booking. He will now miss next Sunday's home game against Borussia Moenchengladbach.

Robert Lewandowski Serge Gnabry Football
Get the latest updates on IPL Auction 2023 and check out  IPL 2023 and Live Cricket Score. Like us on Facebook or follow us on Twitter for more sports updates. You can also download the NDTV Cricket app for Android or iOS.