Erling Braut Haaland has claimed 17 goals in 13 games this season, including six in four Champions League games as the competition's joint top-scorer. 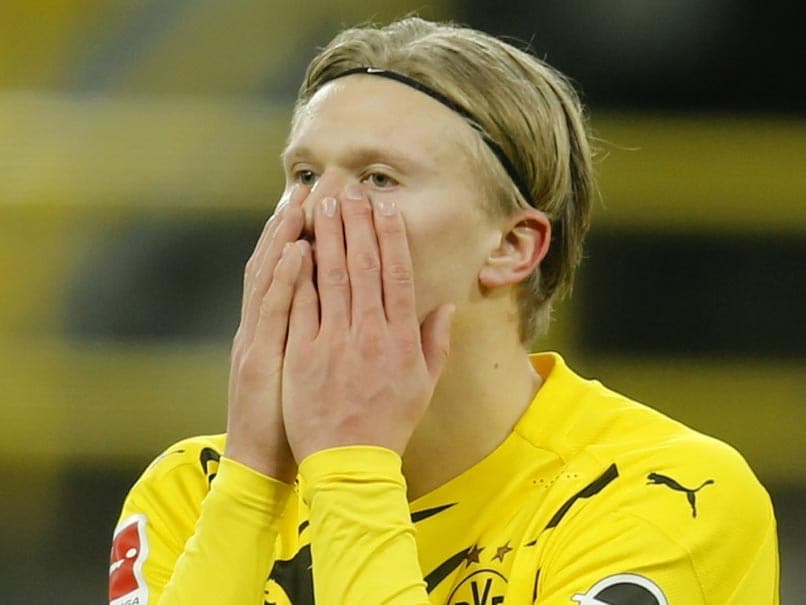 Borussia Dortmund star striker Erling Braut Haaland is sidelined with a leg injury until January, but defender Mats Hummels has said his ankle injury is not as bad as first feared. Haaland, 20, has claimed 17 goals in 13 games this season, including six in four Champions League games as the competition's joint top-scorer. However, Dortmund coach Lucien Favre has confirmed he "won't play again until January" with a torn leg muscle. "That hurts us, but perhaps he has played a little too much recently," Favre added.

The Norway international missed Wednesday's 1-1 draw at home to Lazio, which put Dortmund through to the last 16 of the Champions League.

A win at Zenit St Petersburg on Tuesday will confirm Dortmund as Group F winners.

Hummels had to be helped off the pitch in clear distress after Lazio goal-scorer Ciro Immobile trod on his ankle late in Wednesday's game.

However, Dortmund's chief defender said the injury is not serious as first feared.

"I'm just back from hospital. It looks like it's not so bad and could be good again in a few days," Hummels posted on Instagram.

Dortmund, who are fourth in the Bundesliga, currently have plenty of walking wounded as England midfielder Jude Bellingham, 17, limped off after the Lazio game.

Defender Thomas Meunier and midfielder Emre Can had already been ruled out with knocks.

"A few players are on their last legs," admitted sports director Michael Zorc with one eye on Saturday's league match at Eintracht Frankfurt.

Borussia Dortmund Emre Can Thomas Meunier Erling Braut Haaland Mats Hummels Football
Get the latest updates on India vs South Africa and check out  Schedule, Results and Live Score. Like us on Facebook or follow us on Twitter for more sports updates. You can also download the NDTV Cricket app for Android or iOS.