Bayern Munich star Franck Ribery briefly appeared in court in Germany on Tuesday over claims he owes 3.5 million euros ($4.1m) to his ex-agent before the case was adjourned until January. 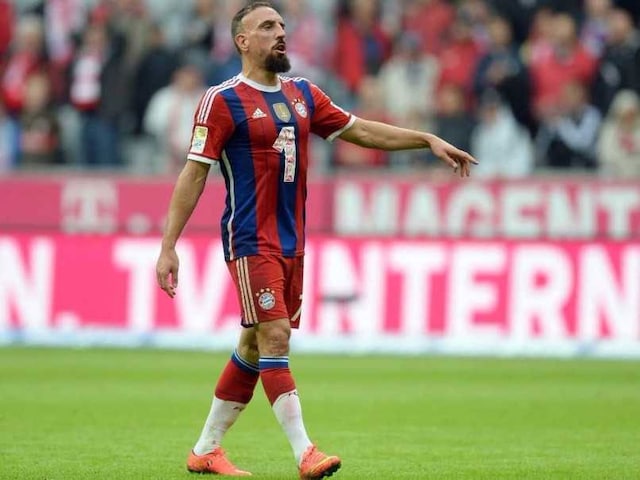 Bayern Munich star Franck Ribery briefly appeared in court in Germany on Tuesday over claims he owes 3.5 million euros ($4.1m) to his ex-agent before the case was adjourned until January. The 34-year-old is contesting claims over unpaid commission from his 2007 transfer from Marseille to Bayern, which cost 25 million euros. A decision by Munich's district court has been postponed until January 16 because Ribery's former agent, Bruno Heiderscheid from Luxembourg, was unable to appear after his flight from Brussels was cancelled.

Heiderscheid claims the pair made a verbal agreement a decade ago, which was later put in writing.

The document, signed by the footballer, was presented to the court, but Ribery claims Heiderscheid forged his signature which experts will try to clarify.

"I have never seen this document before," Ribery told the German news agency DPA, adding that he had "never had a discussion on this topic with Mr Heiderscheid".

"I am very calm about the decision which will be made. He (Ribery) will have to deal with all the consequences," Heiderscheid told AFP.

This is not the first time Heiderscheid has taken the footballer to court.

In December 2015, Luxembourg's Court of Appeal ordered the Bayern forward to pay Heiderscheid 1.6 million euros, plus legal fees, for a breach of contract over the 2007 deal.

Ribery is out of contract at Bayern in June and has just returned from a knee injury.

He played in last Tuesday's 3-1 win over Paris Saint-Germain in the Champions League and Saturday's 1-0 victory at Eintracht Frankfurt in the Bundesliga.

Comments
Topics mentioned in this article
Bayern München Franck Ribéry Football
Get the latest Cricket news, check out the India cricket schedule, Cricket live score . Like us on Facebook or follow us on Twitter for more sports updates. You can also download the NDTV Cricket app for Android or iOS.