Bayern were without their legion of German internationals, despite the national team's early exit in Russia. 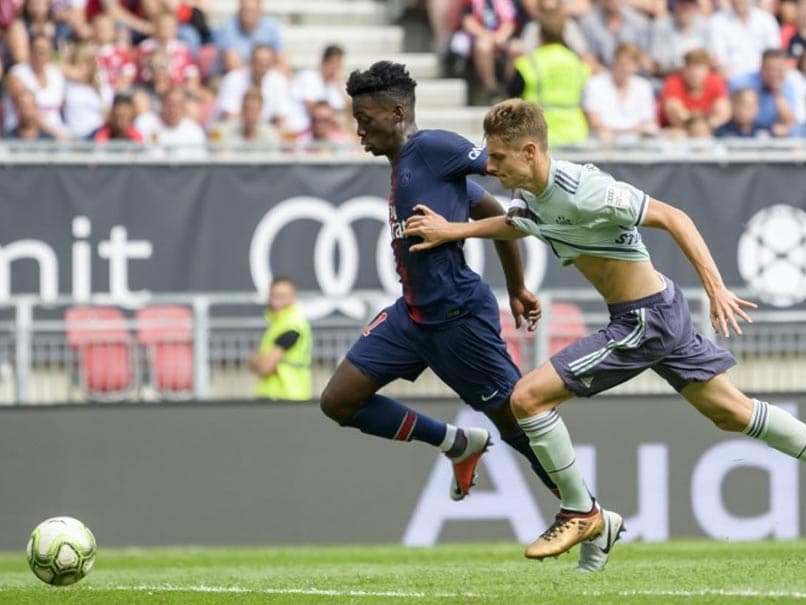 Bayern dominated the second half and struck three times in 18 minutes.© AFP

German champions Bayern Munich hit three second-half goals as they beat French titlists Paris Saint-Germain, 3-1, on Saturday in a friendly in Klagenfurt, Austria. PSG were without their World Cup winners, but they did start Adrien Rabiot, who refused to serve as a reserve for the French squad. Bayern were without their legion of German internationals, despite the national team's early exit in Russia.

PSG had the best of the first half and took the lead with a 31st-minute goal by American Timothy Weah, the 18-year-old son of African legend George Weah.

Bayern dominated the second half and struck three times in 18 minutes.

Portuguese midfielder Renato Sanchez and 17-year-old Dutch striker Joshua Zirkzee added the other two, after Buffon had gone off.

Paris SG Football
Get the latest updates on IPL 2021, check out the IPL 2021 Schedule and Indian Premier League Live Score . Like us on Facebook or follow us on Twitter for more sports updates. You can also download the NDTV Cricket app for Android or iOS.