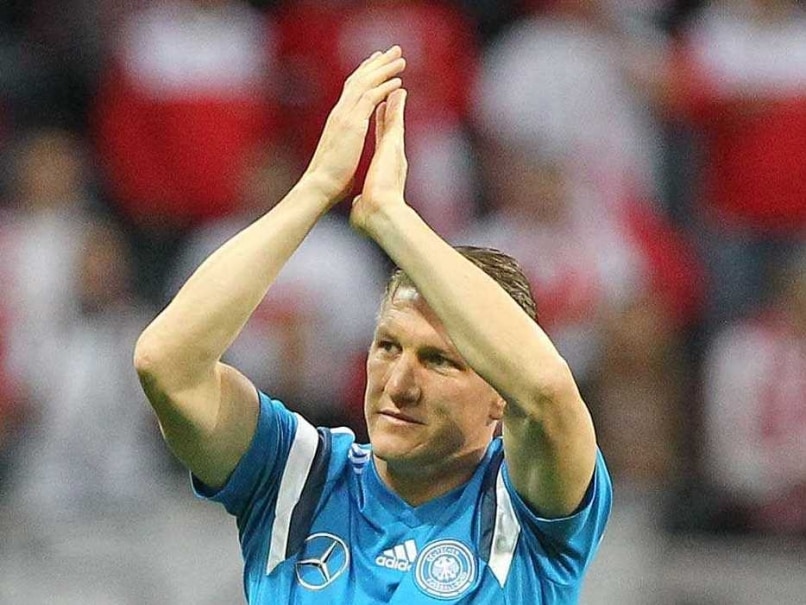 Manchester United midfielder Bastian Schweinsteiger greeted and spent some time talking to club's former and legendary manager Alex Ferguson ahead of his national team Germany's clash against Scotland in Euro 2016 qualifier in Glasglow. (More about Germany's march towards Euro 2016)

World champions Germany defeated hosts Scotland 3-2 here on Monday in the Group D match, with Thomas Muller scoring twice and setting up the third for Ilkay Gundogan. A Mats Hummels own goal and a James McArthur strike gave the hosts a lifeline, but Germany were too strong on the night. The Germany World Cup-winning star has only been a United player for a matter of months but he seemed to embrace the history of the club when greeting Ferguson on Monday night, reports dailymail.com.

The duo shook hands and shared a lengthy chat at Hampden Park here. The former Bayern Munich captain made the 13.2 million pound move this summer, linking up with Dutch coach Louis van Gaal. He has been plagued by injuries in recent seasons and his fitness has been questioned early on in his Premier League career, but the Schweinsteiger played the full 90 minutes for the World Cup-winners in Glasgow.

Comments
Topics mentioned in this article
Bastian Schweinsteiger Germany Scotland Manchester United Football
Get the latest updates on India vs England Series, India vs England , live score and IPL 2021 Auction . Like us on Facebook or follow us on Twitter for more sports updates. You can also download the NDTV Cricket app for Android or iOS.