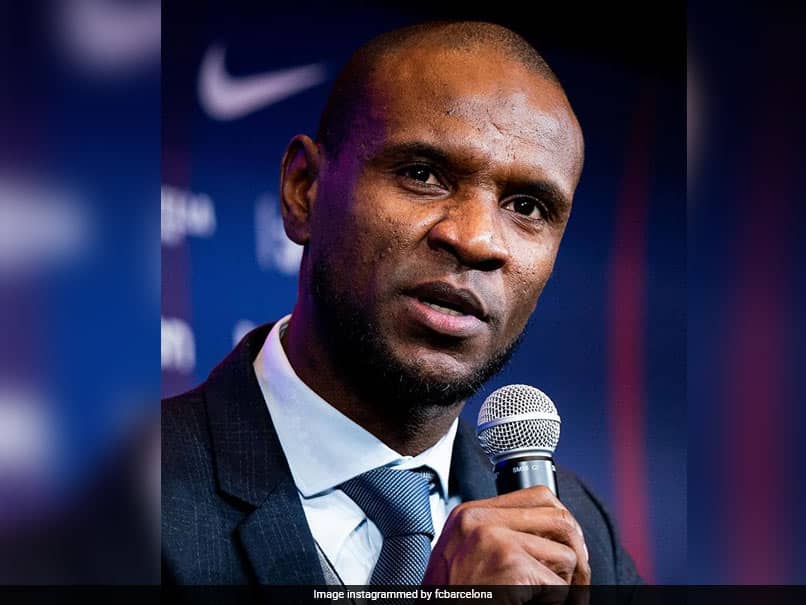 Barcelona have sacked Eric Abidal as sporting director, the club announced in a statement on Tuesday, a day after dismissing coach Quique Setien. "FC Barcelona and Eric Abidal have reached an agreement for the ending of the contract that united them," the club said on its website. Like Setien, Abidal has paid the price after Barca ended a season of internal conflict by surrendering the La Liga title to Real Madrid and then suffering a humiliating 8-2 loss to Bayern Munich in the Champions League quarter-final.

It was Barcelona's first season without a trophy since 2007.

Setien's exit was announced on Monday after an emergency board meeting at Camp Nou, which lasted almost six hours.

Abidal, a former French international left-back who won 67 caps, played for Barcelona from 2007 to 2013, during which time he suffered health issues and underwent a liver transplant.

He was appointed sporting director in June 2018

He came unde fire for his handling of the dismissal of coach Ernesto Valverde in January.

Abidal and other officials had visited Al-Sadd's Qatar coach Xavi to offer him the position while Valverde was still in charge, but the former Barca legend refused.

Abidal blamed the players for Valverde's dismissal in an interview, provoking an angry reaction from the club's normally discreet superstar Lionel Messi.

Messi posted a message on Instagram urging Abidal to "take responsibility for his decisions" and "name names".

Setien oversaw 16 wins, four draws and five defeats from his 25 games in charge.

"This is the first decision taken regarding the extensive restructuring of Barca's first team, which will be done in agreement with the current technical management and the new coach, which will be unveiled in the coming days," the Catalan club said on Monday evening.

Netherlands manager Ronald Koeman is the frontrunner to succeed Setien.