Umtiti arrived at Barca from Lyon in 2016 for 25 million euros ($29 million) and rapidly cemented his place in the starting lineup. 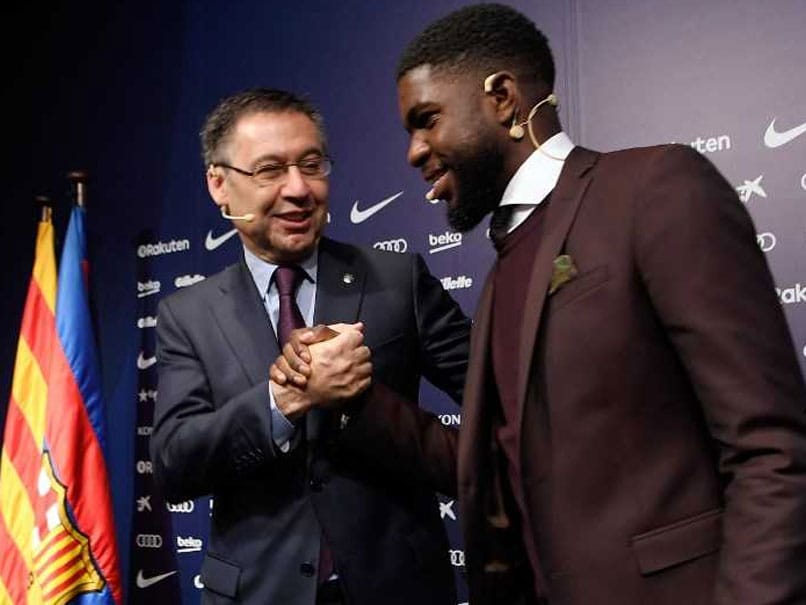 France defender Samuel Umtiti has agreed to extend his contract with Barcelona for five more seasons, the club announced on Sunday. "FC Barcelona and Samuel Umtiti have reached an agreement to extend the player's contract for a further five seasons through to 2022-2023," read the club statement. Umtiti, who is part of the French World Cup squad training at Clairefontaine, near Paris, made a trip to the Camp Nou in Barcelona on Monday, where he signed the contract at 10 am and gave a press conference 30 minutes later.

Umtiti arrived at Barca from Lyon in 2016 for 25 million euros ($29 million) and rapidly cemented his place in the starting lineup. The Cameroon-born 24-year-old also has 18 France caps.

The 60m euro buyout clause in his old contract had begun to look low after Liverpool paid 84m euros for Virgil van Dijk in December and Manchester City paid 70m euros for Aymeric Laporte in January.

The size of the new buyout in Umtiti's revised contract was not revealed on Sunday.

The agreement continues a wave of contract extensions at Barca following deals for Lionel Messi (until 2021), Sergi Roberto (2022) and goalkeeper Marc-Andre ter Stegen (2022).

Given the relatively low buyout clause included in the previous contract (60 million euros) and being just 24 years old, Umtiti became a target for many clubs, making extending his contract a priority for Barcelona.

France Samuel Umtiti Football
Get the latest updates on IPL Auction 2023 and check out  IPL 2023 and Live Cricket Score. Like us on Facebook or follow us on Twitter for more sports updates. You can also download the NDTV Cricket app for Android or iOS.