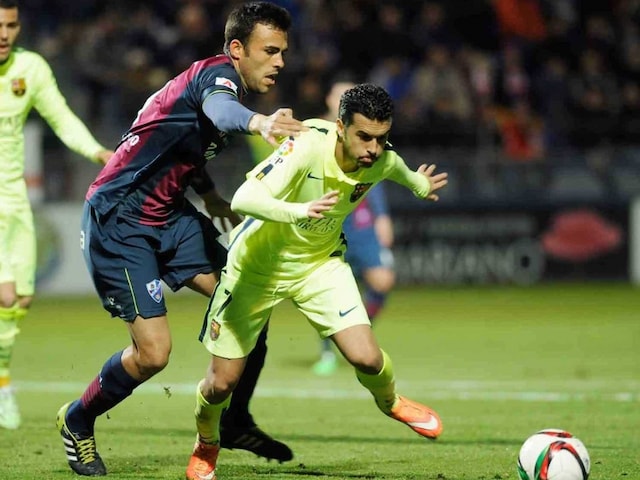 Ivan Rakitic opened the scoring for Barcelona in the 12th minute Wednesday by a free kick which flied into the top left corner beyond Huesca goalkeeper Daniel Jimenez's reach, reports Xinhua.

Iniesta, who returned from an injury sustained in his team's 1-3 loss at Real Madrid Oct 25, netted four minutes later after he latched onto Rakitic's pass.

Pedro Rodriguez scored Barca's third as he unleashed a powerful shot inside the near post in the 39th before Rafinha deflected his shot off Alex Garcia into goal for Barcelona's fourth in the 72nd.

Comments
Topics mentioned in this article
Barcelona Ivan Rakitic Pedro Andres Iniesta Football
Get the latest Cricket news, check out the India cricket schedule, Cricket live score . Like us on Facebook or follow us on Twitter for more sports updates. You can also download the NDTV Cricket app for Android or iOS.