Australian midfielder Josh Cavallo said that he was overwhelmed by the outpouring of global support after coming out as the only known gay men's footballer playing in a top-flight league. 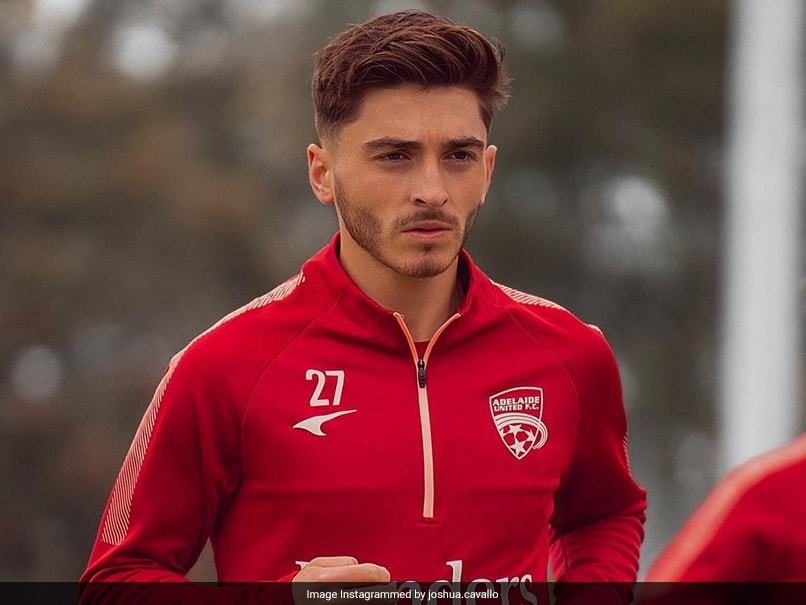 Australian midfielderJosh Cavallo said that he was overwhelmed by the outpouring of global support after coming out as the only known gay men's footballer playing in a top-flight league. The 21-year-old, who plays for Adelaide United in Australia's A-League, said on social media on Wednesday, "I'm a footballer and I'm gay." His decision to go public won plaudits throughout the footballing world and beyond, with legendary Swedish forward Zlatan Ibrahimovic tweeting, "You are a champion. Football is for everyone. Big respect." Antoine Griezmann, Marcus Rashford, Raphael Varane, Gerard Pique and David de Gea all tweeted their support.

"It's courageous and shares an important message that everyone deserves to be themselves no matter what," he added.

Major clubs including Liverpool, Tottenham Hotspur and AC Milan all applauded Cavallo, as did world governing body FIFA, while Spanish giants Barcelona thanked him for "taking a huge step forward".

"Your courage contributes to normalising diversity in the world of sports," Barcelona said.

Cavallo even caught the attention of prominent US talk show host Ellen DeGeneres, who tweeted to her 77 million followers: "I'm sending him a whole lot of love today."

Cavallo, who has represented Australia at under-20 level, said he was stunned by the response.

"I want to get a message across to the world to show that it doesn't matter who you are, what you believe in or what culture or background you come from, everyone is accepted in football," he told Sky Sports.

"It should be based on your talent, not on what you look like or believe in. At the end of the day we are in 2021 and it's time to change this in football. To have this day today, I'm so overwhelmed and happy with the response I've received," he added.

Despite football's immense popularity worldwide only a few footballers have ever come out as gay, mostly after they retired to avoid the prospect of taunts from the terraces.

The first professional player to come out while still playing was Britain's Justin Fashanu in 1990, but he never found acceptance in the game and hanged himself in 1998.

A charity set up by Fashanu's family last year released a letter from an unnamed gay player in the English Premier League which highlighted how little football's culture had changed.

The player said his situation was "an absolute nightmare", adding, "I feel trapped and my fear is that disclosing the truth about what I am will only make things worse."

Andy Brennan, who played a handful of A-League games before revealing he was gay after moving to a semi-professional Australian league three years ago, praised Cavallo.

But he also questioned why gay players should have to be "brave" and "courageous".

"To simply be who we really are?" he asked in a column for Guardian Australia on Thursday.

"There is still much work to be done to ensure that sporting environments are safe and inclusive for LGBTQ+ people, so athletes like me and Josh feel it is a safe place for us to come out," he added.

Cavallo, whose emotional video announcing he was gay has been viewed nearly seven million times in less than 24 hours, said he hoped his decision would inspire others.

"As the game of football keeps expanding, I want to help evolve the game even further and let other players in my situation feel that they're not alone," he said.

His coach at Adelaide United, Carl Veart, said it had been a tough decision for the young player given "the stigma that has gone with it (being gay) in our sport".

"I've been looking forward to this day since Josh told me. I am so happy for him and so proud that he could do that," Veart said.