Distressed Atletico Madrid defender Jose Maria Gimenez was seen crying, whilst Deportivo fans gave Fernando Torres a standing ovation as he was carried from the field. 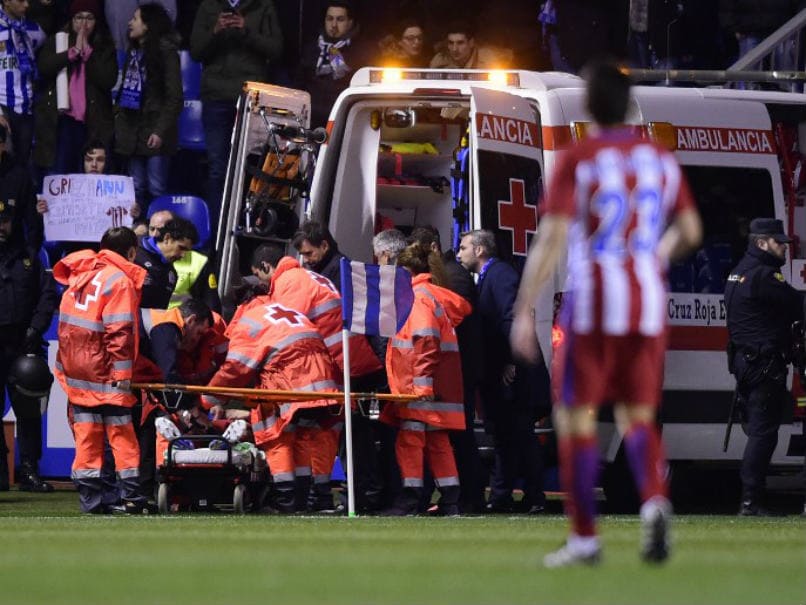 Concern for Fernando Torres overshadowed Atletico Madrid's 1-1 draw against Deportivo la Coruna in La Liga on Thursday as the former Liverpool and Chelsea striker suffered a "traumatic brain injury" after being knocked unconscious. Torres, 32, was hit from behind by Deportivo's Alex Bergantinos in a clash of heads five minutes from time and hit the ground hard as he appeared to have already lost consciousness. Players from both sides immediately called for medical attention when Torres hit the ground.

"Fernando Torres has a traumatic brain injury and has been transferred to hospital for tests," Atletico said in a statement.

"Our player, who is stable, suffered a heavy blow to the head in the final stages of the match and had to be taken quickly to hospital by ambulance.

"The striker will spend the night under observation."

Distressed Atletico defender Jose Maria Gimenez was seen crying, whilst Deportivo fans gave the former Spanish international a standing ovation as he was carried from the field.

"The news we have received until now is good. The most important thing is that Fernando is ok."

Atletico had to play out seven minutes of stoppage time with 10 men as they had already made all three substitutions.

Former West Bromwich Albion manager Pepe Mel was making his bow as Deportivo coach after only being hired on Wednesday.

And the hosts made the perfect start when Florin Andone capitalised on a poor goal kick from Jan Oblak to run through and slot past the Slovenian.

Atletico responded after half-time and equalised in stunning fashion 22 minutes from time when Antoine Griezmann thrashed home a shot from fully 30 yards.

Comments
Topics mentioned in this article
Atletico Madrid Deportivo La Coruna Fernando Torres Football
Get the latest updates on IPL Auction 2023 and check out  IPL 2023 and Live Cricket Score. Like us on Facebook or follow us on Twitter for more sports updates. You can also download the NDTV Cricket app for Android or iOS.