Andre Villas-Boas To Stay On As Marseille Coach

Andre Villas-Boas led Marseille to second place behind PSG in the Ligue 1 season which was ended early because of the coronavirus pandemic. 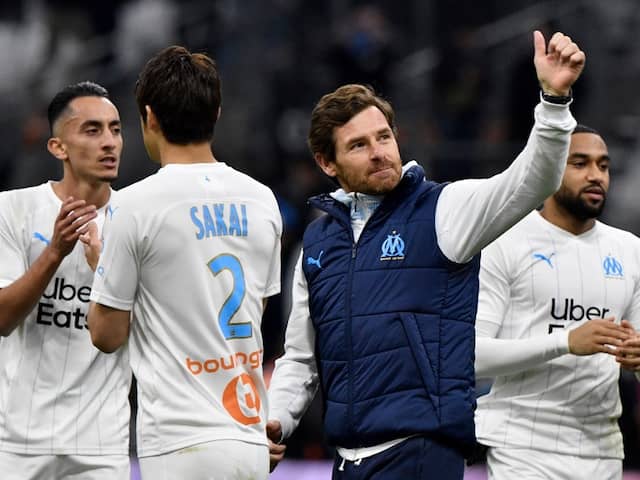 Andre Villas-Boas will return as Marseille coach for next season, the club announced.© AFP

Andre Villas-Boas will return as Marseille coach for next season, the club announced on Monday, despite widespread reports the Portuguese was set to leave after just one year in charge. "After several discussions in recent days with Frank McCourt and Jacques-Henri Eyraud, Andre Villas-Boas has confirmed that he wants to continue working with OM next season," the club told AFP. Last week, Marseille offered Villas-Boas -- whose existing deal runs until the end of next season -- a two-year contract extension as doubts persisted over his future at the club following the departure of right-hand man and sporting director Andoni Zubizarreta.

Villas-Boas, 42, led former European champions Marseille to second place behind Paris Saint-Germain in the Ligue 1 season which was ended early because of the coronavirus pandemic.

Marseille, who are owned by American tycoon Frank McCourt, are therefore set to feature in the Champions League next season for the first time since 2013/14.

However, the former Porto, Chelsea and Tottenham Hotspur coach has expressed concern about the club's ability to invest in new signings for next season.

Confirmation that Villas-Boas -- who is popular with Marseille fans -- will remain in charge came just hours after supporters groups castigated the board for what they called "years of ruinous management".

Fans criticised the system of refunds for seat-holders deprived of matches after the season ended prematurely. One option proposed by the club was for ticket holders to forgo a refund and donate the money instead to help its finances.

"It seemed logical to us a month ago to give this money to the club to help it through a difficult period," the fans wrote in a joint statement.

"However, information since then has led us to question this. It's clear that we are in financial difficulty due to years of ruinous management.

"It's easy to ask for financial support from fans... while at the same time the president is incapable of overseeing a dressing room with astronomical salary claims."

Spending since former Los Angeles Dodgers owner McCourt bought the club in 2016 has been way beyond the limits set out in UEFA's Financial Fair Play rules.

They lost 91 million euros ($98 million) last season and that will be compounded by further losses this season, made worse by the coronavirus crisis.

UEFA announced in March that Marseille had been referred to the adjudicatory chamber of their Club Financial Control Body for not complying with an agreement to balance their books.

The club had already signed a "settlement agreement" which set out that Marseille would have to play with a reduced squad in their next European campaign and pay back up to four million euros of any prize money.

Now further sanctions are inevitable, with sports daily L'Equipe suggesting they could even be excluded from the next Champions League.