Borussia Dortmund cancelled Andre Schuerrle's contract by mutual consent with a year left to run and he said the decision to retire "has long been maturing in me". 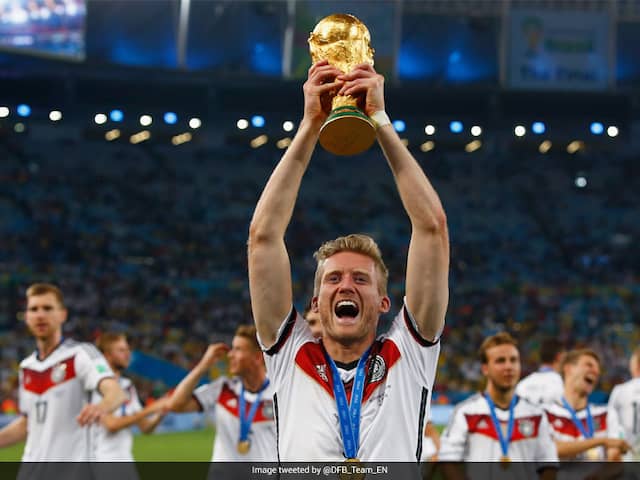 Germany winger Andre Schuerrle on Friday announced his retirement, aged just 29, as the 2014 World Cup winner opened up on his experiences of professional football. On Wednesday, Borussia Dortmund cancelled the former Chelsea player's contract by mutual consent with a year left to run and Schuerrle said the decision to retire "has long been maturing in me".

"You always have to play a certain role to survive in the business, otherwise you'll lose your job and won't get another one," Schuerrle told Der Spiegel magazine.

"Only performance on the pitch counts. Vulnerability and weakness shouldn't exist at any time," he added having come to the conclusion, "I don't need any more applause".

It was Schuerrle's extra-time cross in the 2014 World Cup final which Mario Goetze volleyed home to seal Germany's 1-0 win over Argentina.

Schuerrle said Brazil 2014 was "the best time of my life" and saw being with the German national team as a safe haven.

"It was an escape from the rut that you have at your club every day," said Schuerrle.

However, he admits he "fell into a deep hole" playing under Jose Mourinho during his two years at Stamford Bridge from 2013 until 2015.

"I didn't want to play football any more. I was completely finished," Schuerrle revealed.

He returned to the Bundesliga in 2015 with Wolfsburg and a year later joined Dortmund for 30 million euros ($34 million), but it was not a successful move.

After failing to win a first-team place and picking up injuries, Schuerrle was loaned out to Spartak Moscow last season after spending the 2018/19 season at Fulham.

As far back as 2015 at Wolfsburg he had thoughts of "throwing everything away" and again came close to retiring at Dortmund when twice sidelined by injury in 2017.

"The social expectation is that you can't really stop until in your mid-30s," he added.

The German media often refered to Schuerrle as a "discarded world champion", which hit him hard.

"There were things that I took very much to heart. You're either a fool or a hero. There is nothing in between," added Schuerrle, who made 57 appearances and scored 22 goals for Germany.

He says he will take his time to decide on his future career and admits "all the money I have earned is a huge relief".