The rumour mills are working overtime with talk of Lionel Messi leaving Barcelona, but he still features on the club's promotional post about the 2020-21 season jersey. 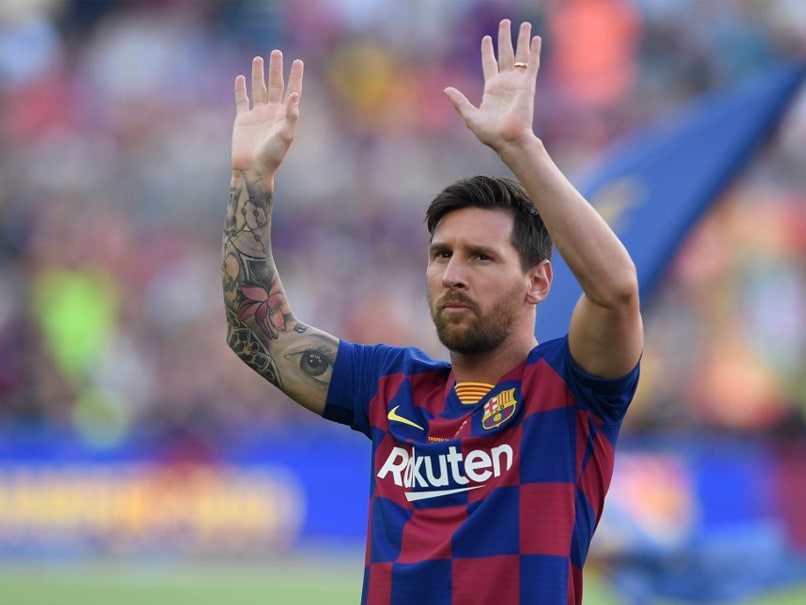 With talk of Lionel Messileaving FC Barcelona growing louder by the day, the Catalan club have shown their stance on their captain's ongoing transfer saga. The La Liga team included the Argentine footballer superstar in their new promotional photograph of the home jersey for the 2020-21 season. The post was retweeted by fans and media persons. The photograph posted on social media consists of the record Barcelona goal-scorer in main focus, with Ousmane Dembele and Antoine Griezmannon his either side. On top, Gerard Pique, Frenkie de Jong are on either side of Marc-Andre ter Stegen.

The 33-year-old's father and agent Jorge Messi landed in the Spanish city for talks with club president Josep Maria Bartomeu on Wednesday.

Many fans on social media have also been predicting that Messi could do a U-turn and remain at Barcelona, just like he did after announcing his international retirement when Argentina lost to Chile in the Copa America Centenario Final in 2016.

According to multiple reports, Messi's reported 700 million Euro release clause is currently standing on the way of his departure.