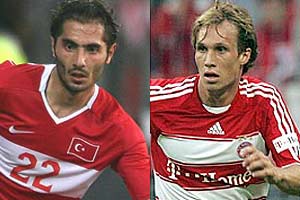 Altintop is reported to be heading for Real Madrid. The 27-year-old has played for the Bundesliga club since July 2007 and competed in 63 matches but did not want to renew his contract.

Like Kraft, 25-year-old Ottl came through Bayern's training centre and could join Hertha Berlin, who will be promoted next season.

Comments
Topics mentioned in this article
Football Shinji Okazaki Hamit Altintop Andreas Ottl Real Madrid Borussia Dortmund Bayern Munchen
Get the latest updates on IPL Auction 2023 and check out  IPL 2023 and Live Cricket Score. Like us on Facebook or follow us on Twitter for more sports updates. You can also download the NDTV Cricket app for Android or iOS.