AFC Asian Cup: Bhaichung Bhutia, who watched the proceedings from the venue on Thursday, said the Indian team was unfortunate not to end on the winning side. 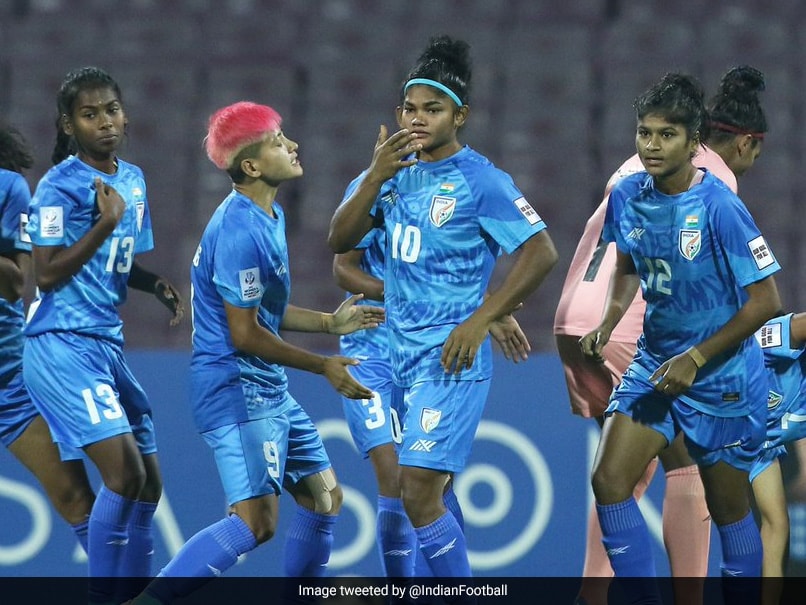 The Indian women's football team could not force a win against Iran in its Asian Cup opener but the performance has drawn praise from the legendary Bhaichung Bhutia. Bhutia, who watched the proceedings from the venue on Thursday, said the Indian team was unfortunate not to end on the winning side. "I am extremely impressed by the manner the girls played. They were unfortunate not to get three points. The Iranian goalkeeper also came up with some amazing saves which further denies us," Bhutia said.

"Women's football has come a long way," said the former captain, who is the only second Indian to have played more than 100 matches for the country along with current skipper Sunil Chhetri.

From his own experience, Bhutia knows the first match was always tough but he was pleased at the manner the team operated tactically.

"The Blue Tigresses were so organised and maintained their shape all throughout. They were able to open up during the attacks, and narrow it down while defending – all of which are hallmarks of a well-drilled squad," he said in a release from All India Football Federation.

"They (players) moved back to positions fast, and there was always someone to support the other.

"Coach Thomas Dennerby needs to be complemented. He has done an awesome job," Bhutia, known as 'Sikkimese Sniper' during his playing days, said.

Considering the missed chances by the Indian forwards against Iran, Bhutia rued the unavailability of star striker Bala Devi, who is recovering from a surgery.

"Maybe, looking back, the experience of a Bala Devi upfront may have been handy. But injuries are part and parcel of football, and I am confident the others will fill in the void," Bhutia said.

Former national women's team captain Bembem Devi, who was also present at the stadium, was also delighted at the performance of the home side.

"The face of women's football in India has totally changed. Everything was so well coordinated, the fitness level was exceptional. I am unable to recall as to when our women's team was such a fit unit," she said.

"All of these promise a bright future for us. The passing accuracy stood out. Iran have always been a very physical team. But our players were fearless -- the strength of our players stood out,” Bembem said.

She said coach Dennerby has changed the approach of the Indian team with his training methods.

IR Iran Football Cricket
Get the latest updates on ICC Women's Cricket World Cup 2022 and IPL 2022, check out the Schedule , Live Score and IPL Points Table. Like us on Facebook or follow us on Twitter for more sports updates. You can also download the NDTV Cricket app for Android or iOS.