Takehiro Tomiyasu's first-half header was enough to seal it for Japan. 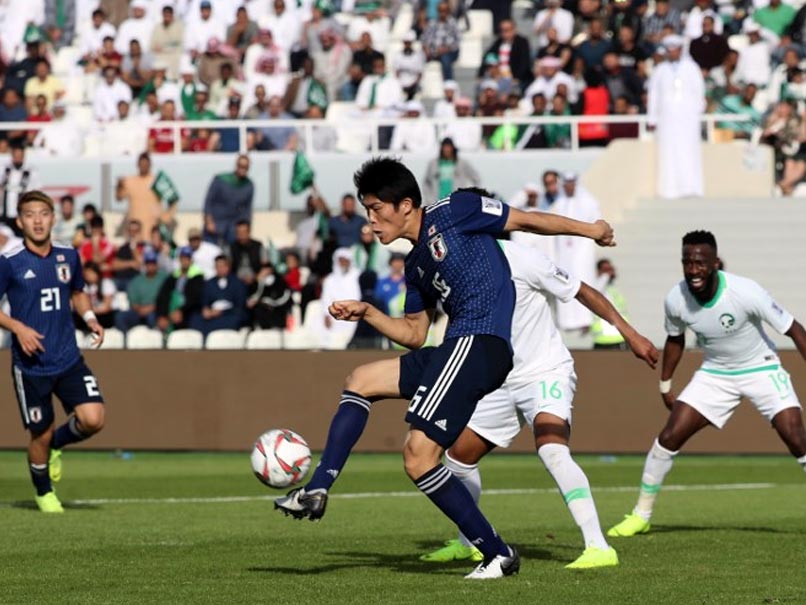 Takehiro Tomiyasu scored the only goal of the match.© AFP

Takehiro Tomiyasu's lone strike sent Saudi Arabia crashing out of the Asian Cup as Japan beat the three-time champions 1-0 to reach the quarter-finals on Monday. Tomiyasu's first-half header was enough to seal it for Japan as the last-16 game between two teams with seven titles between them failed to live up to its billing. Japan, record four-time winners of the Asian Cup, march on to a quarter-final with Southeast Asian champions Vietnam despite not yet hitting top form at the tournament.

Saudi Arabia were in the ascendancy early on but it was Japan who snatched the advantage with a straightforward goal from a set piece on 20 minutes.

From a corner, Belgium-based defender Tomiyasu climbed above his marker and nodded firmly into the bottom corner for his first of the tournament.

The Saudis twice came close with headers as they strived for a way back, and Hatan Bahbri curled one just off-target as he went for the top corner.

Yoshinori Muto's shot was blocked on the hour-mark but most of the chances were falling to Saudi Arabia, who will rue some wasteful finishing.

Bahbri's shot from outside the box crept narrowly wide and Ali Al-Bulaihi powered a strong header over when the ball was knocked back into the area after a free-kick.

But despite a late flurry, it remained another goalless outing for the Saudis, who haven't hit the net since scoring six goals in their first two group games.

Saudi Arabia Football
Get the latest updates on ICC T20 Worldcup 2022, check out the Schedule and Live Score. Like us on Facebook or follow us on Twitter for more sports updates. You can also download the NDTV Cricket app for Android or iOS.