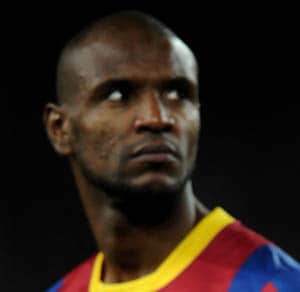 "Depending on how he evolves, the player may be discharged from hospital in approximately one week," it said in a statement posted on its website.

The defender, who signed from Lyon in 2007, played in both legs of Barcelona's Champions League last 16 defeat of Arsenal, the second leg held just earlier this month.

Abidal has been capped 52 times for France, having made his debut for his country in 2004.

Comments
Topics mentioned in this article
Football Barcelona Eric Abidal
Get the latest updates on ICC T20 Worldcup 2022 and CWG 2022 check out the Schedule, Live Score and Medals Tally. Like us on Facebook or follow us on Twitter for more sports updates. You can also download the NDTV Cricket app for Android or iOS.