Mason Mount and Ben Chilwell embraced Scotland midfielder Billy Gilmour, their team-mate at Chelsea, on the Wembley pitch after England's 0-0 draw with Scotland on Friday. 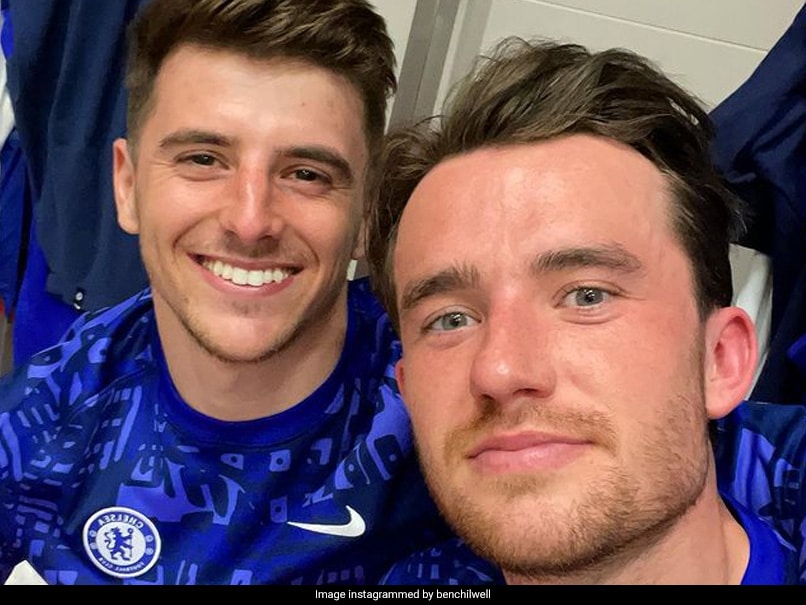 Chelsea teammates Mason Mount and Ben Chilwell must remain in self-isolation up to and including June 28.© Instagram

England will be without Chelsea duo Mason Mount and Ben Chilwell for their final Euro 2020 Group D match on Tuesday against the Czech Republic and potentially their last-16 tie, after the pair were forced to isolate following exposure to an opponent who has Covid-19. Mount and Chilwell were seen embracing their club teammate Billy Gilmour after Friday's 0-0 draw between England and Scotland. Gilmour tested positive on Monday, but no other Scottish players have been forced into isolation for their clash with Croatia later on Tuesday that could see Steve Clarke's men qualify for the knockout stage for the first time in their history.

England have already qualified ahead of the Czech Republic's visit to Wembley.

If the Three Lions beat the Czechs to win the group, they will play their last 16 match at Wembley on June 29, giving both players a chance to feature.

Second place in the group would see Gareth Southgate's men travel to Copenhagen on June 28.

"We can confirm that Ben Chilwell and Mason Mount must isolate up to and including next Monday (28 June). This decision has been taken in consultation with Public Health England," the English Football Association said in a statement.

"Chilwell and Mount will isolate and train individually in private areas at England's training base St. George's Park, with the rest of the squad returning there after tonight's fixture against Czech Republic at Wembley.

"We will continue to follow all Covid-19 protocols and the UEFA testing regime, while remaining in close contact with PHE.

"The entire England squad and staff had lateral flow tests on Monday and all were again negative, as was the case with Sunday's UEFA pre-match PCR tests."

Southgate said on Monday the news that both players may have to isolate came as a surprise to him, particularly given no Scottish players have been deemed close contacts.

"I don't want to cause a drama for Scotland but if you're all in the dressing room together, where does everything stand? I don't know is the honest answer to that," said Southgate.

"Our medical people are dealing with all of this. I've been updated as regularly as I can be which is every hour or so when there's a little bit more information and we have to accept whatever the situation is and adapt to it.

"That's the world we're all living in, across every family and every sport and every business."

Czech Republic Ben Chilwell Euro 2020 Football
Get the latest updates on Fifa Worldcup 2022 and check out  Fifa World Cup Schedule, Stats and Live Cricket Score. Like us on Facebook or follow us on Twitter for more sports updates. You can also download the NDTV Cricket app for Android or iOS.