Manchester City stormed to the top of the Premier League on Tuesday with a 5-0 demolition of West Brom to extend their winning streak to 11 games. 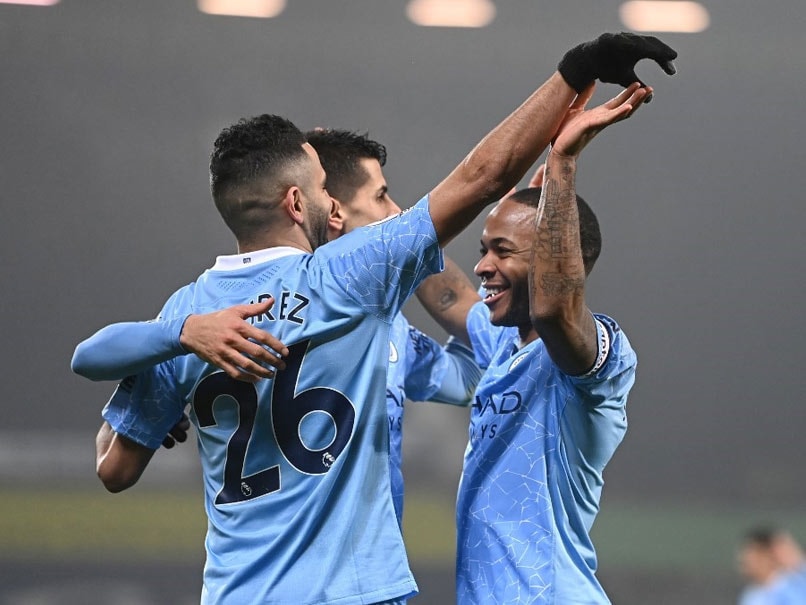 Manchester Citystormed to the top of the Premier League on Tuesday with a 5-0 demolition of West Brom to extend their winning streak to 11 games. Ilkay Gundogan scored twice, while Joao Cancelo, Riyad Mahrez and Raheem Sterling were also on target as Pep Guardiola's men moved a point ahead of local rivals Manchester United at the top of the table. "Good result, in general a good performance and three more points," said a satisfied Guardiola. United can move back in front when they host bottom-of-the-table Sheffield United on Wednesday, but on the evidence of recent weeks City will take some stopping if they are to be denied a third title in four years.

Liverpool and City have battled for Premier League supremacy over the past three seasons.

But Liverpool's five-game winless league run has allowed City to open up a seven-point lead over the champions.

The Baggies were the last side to take points off the leaders with a shock 1-1 draw at the Etihad last month that still was not enough to save Slaven Bilic from the sack.

However, the appointment of Sam Allardyce has so far done little to boost West Brom's chances of survival as they remain second from bottom, six points off safety.

City made light of the absence of Kevin De Bruyne with the Belgian expected to be out for at least a month due to a hamstring injury.

Phil Foden was denied by a brilliant save by Sam Johnstone even before Gundogan opened the floodgates on six minutes.

- Golden Gundogan -
The German has already established himself as City's major goalscoring threat from midfield in recent weeks and his sky-high confidence was on show with a curled finish into the far corner from the edge of the area.

"When he plays close to the box, he has that sense to make good runs to the box," added Guardiola. "The quality with the ball was always there."

Allardyce's men had a tough enough task to find a route back into the game against a side that have now kept 14 clean sheets in their last 18 games without an error from the officials aiding the visitors' cause.

However, VAR showed Silva was onside and the goal stood.

Gundogan made and scored the third himself by robbing the ball just outside the box and then steering home his seventh goal in eight league games.

Mahrez made it 4-0 before the break with a thumping finish after cutting inside onto his favoured left foot.

The Algerian then turned provider by unselfishly squaring for Sterling to tap home early in the second half.

Guardiola could afford the luxury of making all three substitutions before the hour mark as Gundogan, Foden and Silva were handed a rest.

And City took their foot off the gas in the final half hour to conserve their energy with many tougher challenges to come as they attempt to win an unprecedented quadruple of trophies this season.

West Bromwich Albion Raheem Sterling Parker Ilkay Gundogan English Premier League Football
Get the latest updates on IND vs NZ 2021, check out the Schedule and Live Score . Like us on Facebook or follow us on Twitter for more sports updates. You can also download the NDTV Cricket app for Android or iOS.