Frank Lampard said on Friday he takes no notice of the talk about his future as Chelsea coach after a poor run that has seen their Premier League title chances slip away. 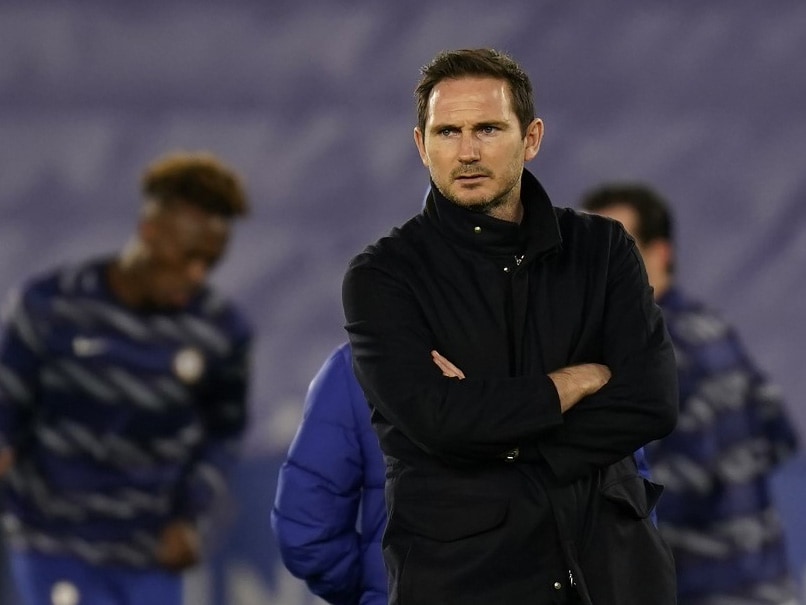 Frank Lampard's Chelsea have been on a poor run in Premier League off late.© AFP

Frank Lampard said on Friday he takes no notice of the talk about his future as Chelsea coach after a poor run that has seen their Premier Leaguetitle chances slip away. A limp 2-0 defeat to Leicester on Tuesday capped a run of two wins in eight games and leaves them 11 points adrift of leaders Manchester United.

Much more was expected of the Blues after a £220 million ($300 million) spending spree in the transfer market at a time when most of European football's major powers were scaling back due to the economic effects of the coronavirus pandemic.

Owner Roman Abramovich has shown no room for sentiment and Lampard knows that well as he played under nine bosses during his time at Stamford Bridge.

High-profile duo German Thomas Tucheland Italian Massimiliano Allegri are presently out of work and understood to be keen on the post should it become available.

"I don't listen to it," Lampard said when asked about the comments over his future.

"It's only everywhere if you want to scroll through social media or something, but I don't do that.

"I'm not stupid, I know the pressures that come with managing a top football club, but I just do my job, it doesn't matter to me.

Lampard was judged by the board to have performed well in his first season guiding the side to a Champions League place and the FA Cup final.

However, Lampard would not say whether the slump in form had led to him meeting with the board to discuss it.

"I don't want to talk about private conversations," said Lampard, of his relationship with Chelsea's board.

"The situation changes when you move from player to manager, so I have far more conversations with the hierarchy now than I did as a player."

Lampard said whatever happened to him it would not damage what he achieved as a player at the club.

"My career here as a player was fantastic and it's set in stone," he said before Sunday's FA Cup fourth round tie with second-tier Luton

"When I say fantastic I'm not giving it the big I am, I'm talking about the success I was proud to be a part of at the club.

"And the link I have here with the fans and the support I get from them is amazing. And I knew when I came into this job as a manager that can change, the tone of it.

"You do your best and I'll continue to do that all the time while managing the club."

Chelsea Frank Lampard English Premier League Football
Get the latest updates on IPL Auction 2023 and check out  IPL 2023 and Live Cricket Score. Like us on Facebook or follow us on Twitter for more sports updates. You can also download the NDTV Cricket app for Android or iOS.