Tottenham Will Win Trophies Before I Leave: Jose Mourinho 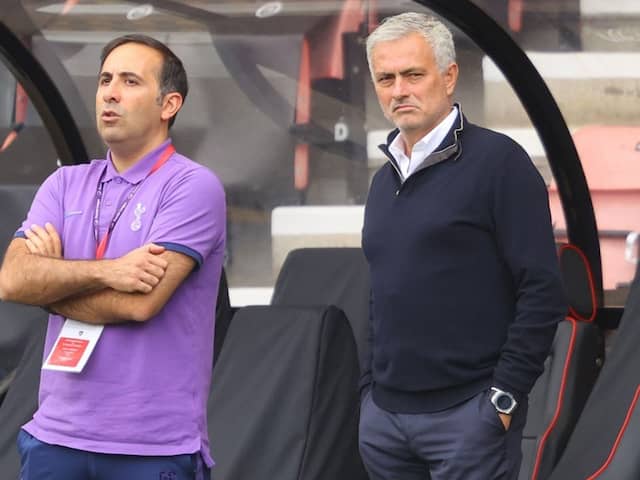 Jose Mourinho has said that Spurs will win trophies before his contract expires with the club.© AFP

Tottenham Hotspur manager Jose Mourinho has said that the side will win trophies before his contract expires with the Premier League club. Jose Mourinho joined Tottenham as the manager in November 2019 on a three-year contract, replacing Mauricio Pochettino. "How long did it take for Jurgen (Klopp) and Liverpool? Four years, four seasons. Buying one of the best goalkeepers in the world, buying one of the best centre-backs in the world and so on," Goal.com quoted the Portuguese manager as saying.

Tottenham have not managed to win any trophy since the 2008 League Cup.

The London club had reached the finals of the 2019 Champions League but lost the final against Liverpool.

Tottenham are currently in ninth spot in the Premier League table with 49 points from 34 matches just a point behind London rivals Arsenal.

They will next take on Arsenal in the Premier League on July 12.

Tottenham Hotspur Jose Mourinho English Premier League Football
Get the latest Cricket news, check out the India cricket schedule, Cricket live score . Like us on Facebook or follow us on Twitter for more sports updates. You can also download the NDTV Cricket app for Android or iOS.