Tottenham Striker Harry Kane Out Until April With Hamstring Injury

Harry Kane has scored 27 goals in 31 appearances for club and country this season and his loss is a huge setback for Tottenham. 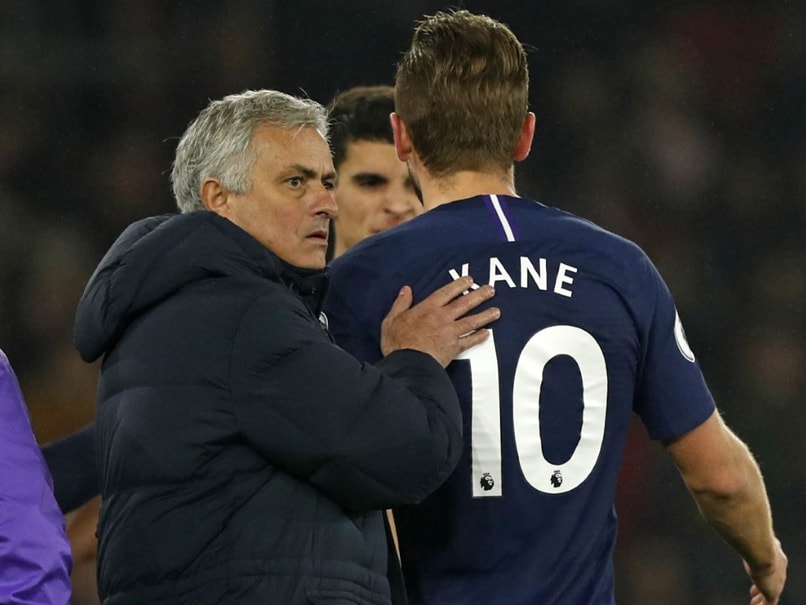 Tottenham are spluttering under Jose Mourinho after an initial bounce.© AFP

"The decision to undergo surgery is not expected to impact the timeframe that the England captain will be sidelined, with the expectation that he will return to training in April."

Kane has scored 27 goals in 31 appearances for club and country this season and his loss is a huge setback for Tottenham.

Tottenham are spluttering under Jose Mourinho after an initial bounce following his appointment in November, winning only one of their last five games in all competitions.

They sit sixth in the Premier League, six points behind fourth placed Chelsea, ahead of this weekend's daunting visit from runaway leaders Liverpool.

The 26-year-old will be absent from a host of key fixtures, including Tottenham's Champions League last 16 ties against Leipzig and domestic games against Manchester City, Chelsea and Manchester United among others.

With Kane out, Mourinho is likely to try to land a striker in the January transfer window and Tottenham have already been linked with AC Milan forward Krzysztof Piatek and Borussia Dortmund's Paca Alcacer.

Kane's injury is also a setback for England as they prepare for the European Championships later this year.

England are due to play friendlies against Italy and Denmark in March and boss Gareth Southgate will now be without his captain for those warm-up games.

England Harry Kane English Premier League Football
Get the latest updates on IND vs NZ 2021, check out the Schedule and Live Score . Like us on Facebook or follow us on Twitter for more sports updates. You can also download the NDTV Cricket app for Android or iOS.