Tottenham Hotspur's 's Premier League home match against Fulham was postponed three hours before the scheduled kick-off on Wednesday after a coronavirus outbreak at the visiting club. 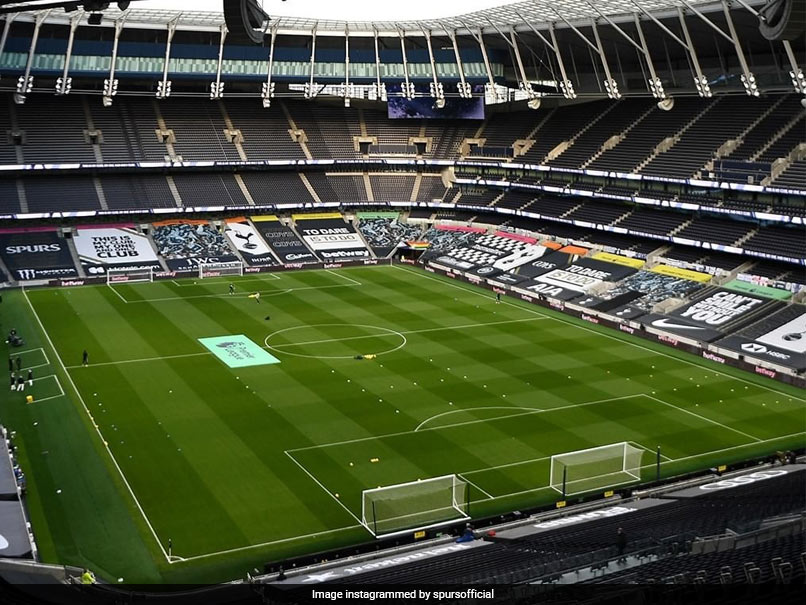 It is the third top-flight game to be wiped out due to increased coronavirus cases this month.© Instagram

Tottenham's Premier League home match against Fulham was postponed three hours before the scheduled kick-off on Wednesday after a coronavirus outbreak at the visiting club. Fulham returned a number of positive test results on Tuesday and, after more came in on Wednesday, the Premier Leaguedecided to call the match off. Kick-off was due to be at 11:30pm IST (1800 GMT).

It is the third top-flight game to be wiped out by the virus, following Newcastle's match with Aston Villa earlier this month and Monday's game between Everton and Manchester City.

Fulham asked for the game to be called off after more of their players felt unwell, which the Premier League board sanctioned on Wednesday.

The entire Cottagers squad will now be re-tested.

The league said in a statement: "Fulham FC's match at Tottenham Hotspur, due to be played at 6:00 pm (11:30 pm IST) this evening, has been postponed following a Premier League Board meeting this afternoon.

"Fulham lodged a request with the Premier League Board to rearrange the fixture following a significant rise in positive Covid-19 cases, as well as a number of players showing symptoms today.

Despite the rising number of cases across the English top-flight, the Premier League said it intended to continue playing.

"With low numbers of positive tests across the overwhelming majority of clubs, the Premier League continues to have full confidence in its Covid-19 protocols and being able to continue to play our fixtures as scheduled," the statement said.

"The League wishes those with Covid-19 a safe and speedy recovery and will rearrange the postponed fixture between Tottenham Hotspur and Fulham in due course."

Tottenham manager Jose Mourinhohad suggested he was getting impatient at the uncertainty over the fixture.

Mourinho posted a video -- filmed at 1402 GMT, as indicated on a clock on a TV screen -- from the lounge where his staff were waiting for news with a message saying, "We still don't know if we play. Best league in the world".

Fulham English Premier League Football
Get the latest updates on ICC T20 Worldcup 2022, check out the Schedule and Live Score. Like us on Facebook or follow us on Twitter for more sports updates. You can also download the NDTV Cricket app for Android or iOS.