Gareth Bale has played just 45 minutes in the Premier League since November 8 and has been overlooked, even as Tottenham Hotspur's bright start to the season has faltered in recent weeks. 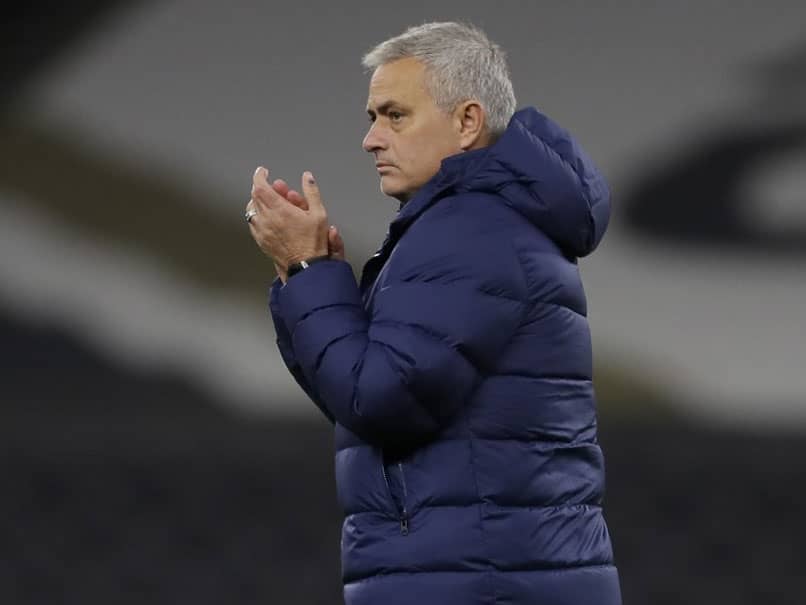 Jose Mourinho's Tottenham Hotspur has won 8 games out of a total 17 in the Premier League so far.© AFP

Gareth Bale's future is uncertain as Tottenham Hotspur manager Jose Mourinho said "not one second" has been spent talking about extending his season-long loan from Real Madrid. The 31-year-old's second spell at Spurs has so far failed to live up to expectations as a lack of fitness and form has prevented Bale from making an impact for Mourinho's side. Bale has played just 45 minutes in the Premier League since November 8 and has been overlooked even as Tottenham's bright start to the season has faltered in recent weeks.

"He is a player on loan until the end of the season, not one second of discussion," Mourinho said when asked about extending the loan.

Bale has one more season remaining on a highly-lucrative contract with Madrid where he also fell down the pecking order in the Spanish capital under Zinedine Zidane last season.

The vast majority of Bale's playing time since returning to the club where he made his name in September has come in the Europa League.

However, Mourinho pleaded for patience with the four-time Champions League winner due to a number of injury problems.

"Everyone knew in the last couple of seasons at Madrid it was not easy for him. Let's go step-by-step and try and get the best out of him."

Tottenham Hotspur Gareth Bale Jose Mourinho Football
Get the latest updates on IPL 2021, IPL Points Table , IPL Schedule 2021 , live score . Like us on Facebook or follow us on Twitter for more sports updates. You can also download the NDTV Cricket app for Android or iOS.