Chelsea striker Timo Werner believes the Blues have assembled a team capable of winning titles for years to come. 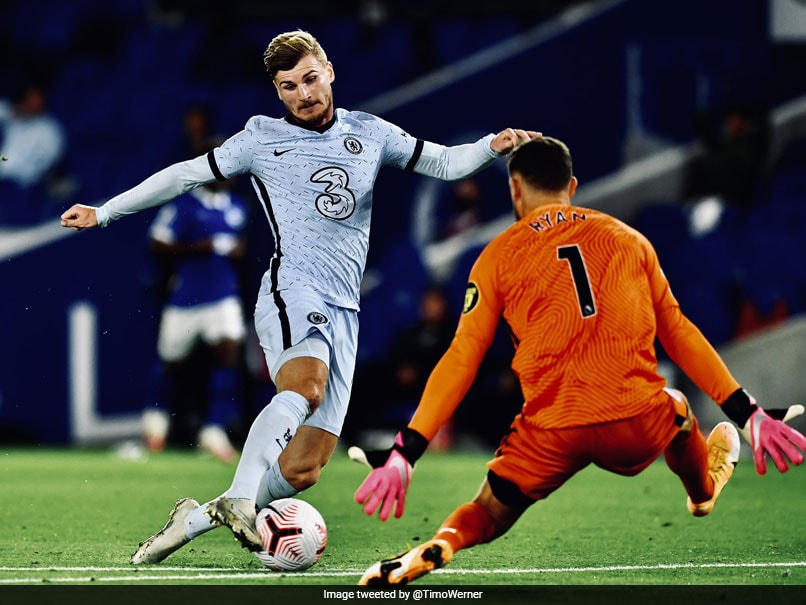 Timo Werner made his debut for Chelsea in a 3-1 win over Brighton.© Twitter

Chelsea striker Timo Werner believes the Blues have assembled a team capable of winning titles for years to come after a $260 million spending spree in an otherwise depressed transfer market. Werner made a 50 million pound move from RB Leipzig in June and has been joined in London by German international teammate Kai Havertz, Hakim Ziyech, Ben Chilwell and Thiago Silva. "I've come here to win titles. Chelsea is a big club and a club that always wants to win," said Werner on Wednesday.

"Now we have a very strong team and a young team that can develop, and can go through a period of a long time where we can stay together because we are young and we want to win."

Chelsea, who beat Brighton 3-1 in Werner's debut on Monday, face an early test of their Premier League title credentials when reigning champions Liverpool travel to Stamford Bridge on Sunday.

Werner was linked with a move to Anfield for many months before he joined Chelsea, but was reportedly convinced by Frank Lampard's plans to make him his first-choice striker.

"I decided to join Chelsea because for me it was the best decision I can take," he said. "Not only because of the style of football but also because of what they have shown to me."

"I think it was a hard decision in the end but I am very, very excited and proud that I decided like this because now when I have been here for at least one-and-a-half months, it feels right."

"It feels good. The team is brilliant. We have some very good, but always calm and nice players. It is fun to play here at Chelsea and to be part of the team."

And Werner stressed the importance of the role Lampard played in convincing him to choose Chelsea after a 34-goal season for Leipzig.

"He called me a lot, we had a lot of conversations, he texted me a lot and he sent me some videos where he could show me what style of football he wants to play," said the German.

"For me, those were important things to know about moving to a new club because I loved to play for Leipzig and everything was well for me there."

"So it was really important for me to come to a team with a vision that fits my style of football."

"And I think the whole Premier League fits very well to my style of football, because it's so fast, and fast players have really good space."

Chelsea Frank Lampard Jurgen Klopp Football
Get the latest updates on India vs Australia and check out  Schedule, Results and Live Score. Like us on Facebook or follow us on Twitter for more sports updates. You can also download the NDTV Cricket app for Android or iOS.