Son Heung-min, whose current deal expires in 2023, is reportedly in discussions over a bumper new deal at Tottenham Hotspur. 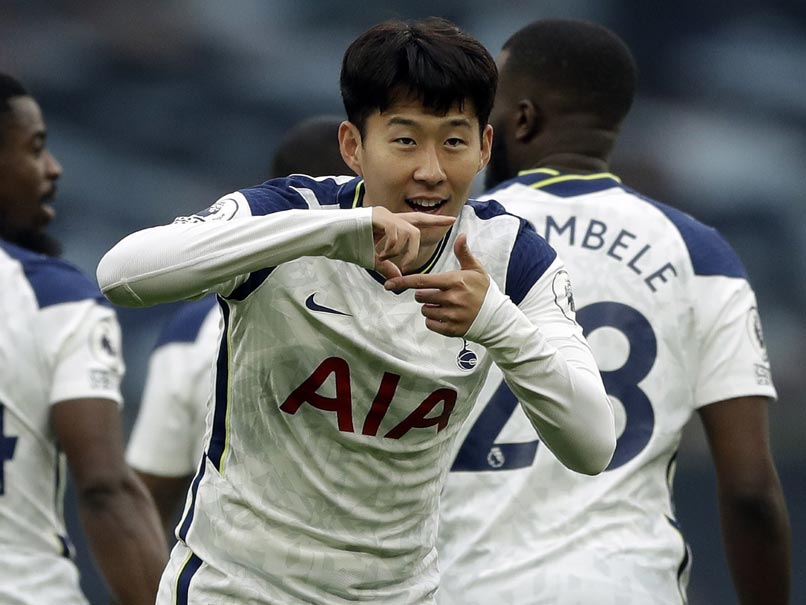 Son Heung-min has scored 9 goals in 8 games this season and has also provided 4 assists.© AFP

Tottenham boss Jose Mourinhosaid Friday that he expects Son Heung-min to be handed a lucrative new long-term contract "sooner or later" after the South Korean's blistering start to the season. The 28-year-old forward, whose current deal expires in 2023, is reportedly in discussions over a bumper new deal at the Premier Leagueclub. Son has scored nine goals in eight games this season and has also provided four assists, teaming up with Harry Kane to devastating effect.

Mourinho believes that form is likely to see him rewarded with a hefty new deal that would make him one of the club's top earners.

"I would love that," he said. "Son has three years of contract so it's not like we're in an extreme situation of everybody being worried.

"It's more that Son loves it here. I believe that he would like to commit his future to the club for a long time.

"Everybody at the club is totally in love with this player and this boy and is trying also to make him feel part of the furniture."

Kane and Dele Alli have taken the limelight at Spurs in recent years but Son has become one of the club's key players.

"Of course, the better the team is, the easier it is for the players to emerge. But Sonny is Sonny and everyone knows what he needs to do now to go to the next step: nothing."

Son, who scored after coming off the bench in Thursday's 3-0 Europa League win over LASK, is likely to return to the starting line-up for Monday's trip to Burnley.

The Clarets have taken just one point from their opening four games but Mourinho is not being lulled into a false sense of security.

He believes Sean Dyche's side will be well clear of danger towards the end of the season.

"You will feel how strong they are by March, April when lots of teams will be fighting for relegation, and they will be already safe," he said.

Son Heungmin English Premier League Jose Mourinho Cricket Football
Get the latest updates on ICC T20 Worldcup 2022 and CWG 2022 check out the Schedule, Live Score and Medals Tally. Like us on Facebook or follow us on Twitter for more sports updates. You can also download the NDTV Cricket app for Android or iOS.