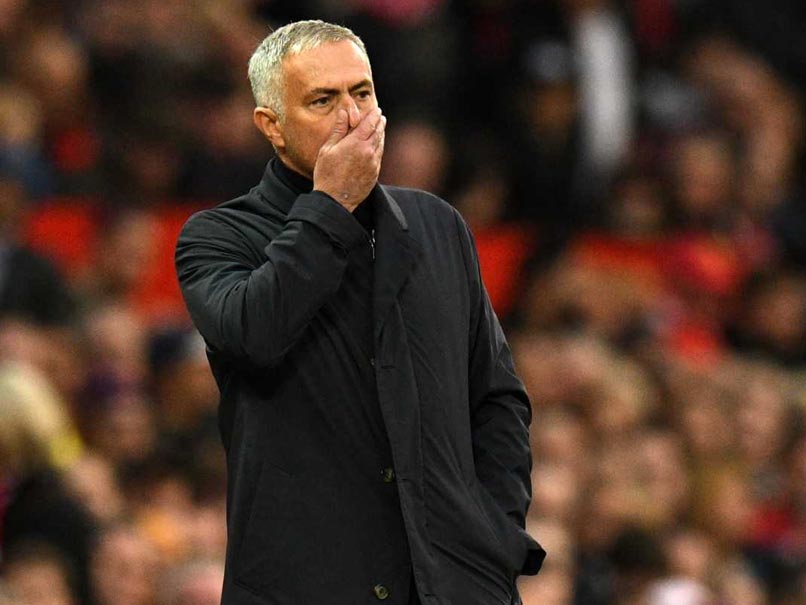 Jose Mourinho insists he will be on his best behaviour on his return.© AFP

Jose Mourinho insists he will be on his best behaviour on his return to Stamford Bridge, but hopes his Manchester United side inflict Chelsea's first defeat of the season on Saturday. The Portuguese won three Premier League titles in two successful spells in charge of Chelsea, but has lost all three of his previous visits to Stamford Bridge as United manager without even scoring a goal. And while Mourinho claimed that the fixture is now just like any other as far as he is concerned, he also conceded that he would not celebrate should United break that run to ease the mounting pressure on their manager.

"I think I would try to control myself and to respect the stadium and the supporters that were my supporters and stadium for many years."

Mourinho clashed with former Chelsea boss Antonio Conte when he claimed the Italian had showed a lack of respect for whipping the home fans into a frenzy during a 4-0 thrashing of United in 2016.

The visitors are desperately in need of a win this weekend as they already trail Premier League leaders Manchester City, Chelsea and Liverpool by seven points after just eight games.

"I want to do well for my team, players, support. I am 100 percent Manchester United tomorrow - no more space for anything other than respect for the stadium and the fans," added Mourinho.

Mourinho's promise to control his emotions comes at the end of a week in which he has been charged by the FA following comments he made towards a TV camera after his team's dramatic 3-2 win over Newcastle before the international break.

It is understood the United manager used "abusive, insulting or improper language" in his native tongue.

Even though Mourinho was never in danger of being suspended for the visit to his old club, United have requested an extension for his official response and the FA have duly allowed him until Wednesday to do so.

When asked whether he felt he was being victimised by the governing body, Mourinho insinuated he is more harshly treated than other managers.

"If I answer to your question I probably have another process because I cannot imply bias, so my answer is no answer," he said.

Mourinho has also paid tribute to defender Luke Shaw, who this week signed a contract extension that will keep him at the club until 2023, with an option for an additional year, on a reported 160,000 Pounds ($209,000) a week.

The deal represents an impressive recovery for the England international who has battled through a loss of form and fitness, as well as a horrendous double leg break, and repeated public criticism from Mourinho in his time at Old Trafford.

"Players are different and they react in different ways to the development process and Luke reacted in the best possible way," said Mourinho.

"In those difficult moments, the moments where he was not selected, not playing regularly, he was saying the same all the time: "I want to play for you and I am going to make it and be the player you want me to be."

Chelsea English Premier League Chelsea vs Manchester United, Game week 9 Football
Get the latest updates on IPL Auction 2023 and check out  IPL 2023 and Live Cricket Score. Like us on Facebook or follow us on Twitter for more sports updates. You can also download the NDTV Cricket app for Android or iOS.