Luke Shaw, 23, was in the final year of the deal he signed four years ago. 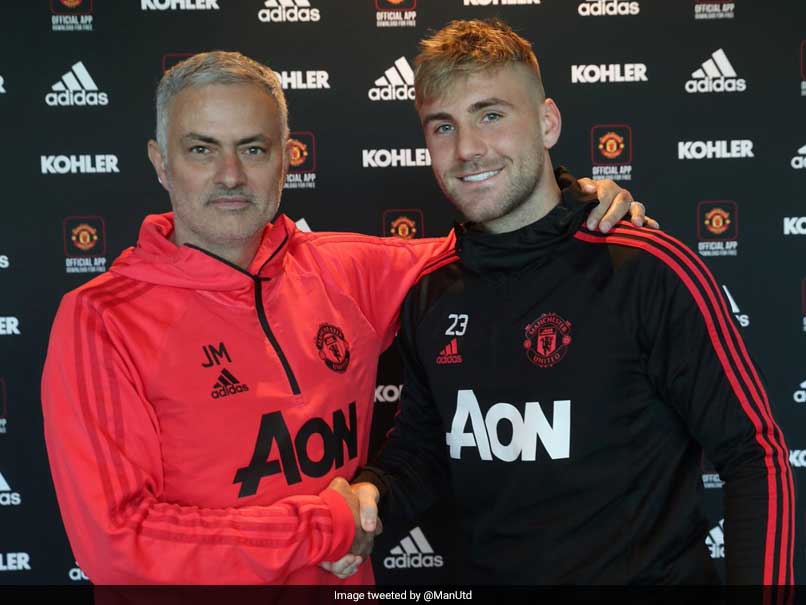 England left-back Luke Shaw has ended speculation over his future by signing a new five-year deal with Manchester United, the club announced on Thursday. Shaw, 23, was in the final year of the deal he signed four years ago when joining from Southampton as the world's most expensive teenager at the time. "I am very proud to sign my new contract and continue my stay at this great club," said Shaw.

"I want to thank everybody that has stood by me and shown me huge support - the management, my team-mates and the fans."

Shaw has been rewarded for an excellent start to the season after a difficult few years at Old Trafford.

He admitted last month he considering retiring after a horrific leg break in 2015 that could even have seen his right leg amputated.

On his return to fitness, Shaw has often been publicly criticised by United manager Jose Mourinho.

However, Mourinho has been won over this season and insisted Shaw was deserving of his new deal.

"Luke fully deserves this contract. He understood his development process, he has worked really hard at every level and he always believes in himself which is a great attribute to have," said Mourinho.

"I am delighted that we are keeping such a talented young English player with a bright future ahead of him."

"Luke is still young and is improving all the time and he must feel very proud of himself.

"I am delighted that we are keeping such a talented young English player with a bright future ahead of him."

Manchester United Luke Shaw Jose Mourinho English Premier League Football
Get the latest updates on India vs Australia and check out  Schedule, Results and Live Score. Like us on Facebook or follow us on Twitter for more sports updates. You can also download the NDTV Cricket app for Android or iOS.