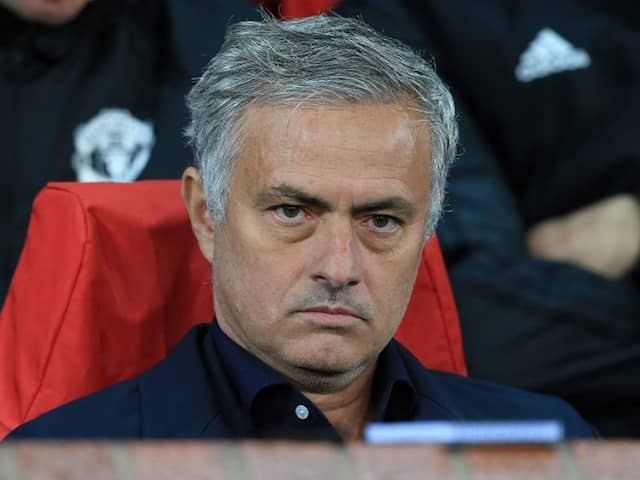 Jose Mourinho suggested several of his players were struggling with fitness issues.© AFP

But Mourinho's frustration was intensified by a claim the coaches of those countries did not keep him in the loop as to what was going on, meaning he only found out how bad they were when they returned just before the Chelsea match.

In contrast, England full-back Luke Shaw and Serbia centre-half Nemanja Matic were both released early from international commitments when it was clear they were not fit.

"All of them (who missed Tuesday's Champions League 1-0 loss to Juventus) were in their national teams," said Mourinho in his press conference ahead of Sunday's home Premier League clash with Everton.

"We played against Newcastle and we went into the national team period in a good situation.

"Then after two weeks, we lost Dalot in Portugal, we lost Fellaini in Belgium, we lost Alexis in Chile, we lost McTominay with Scotland."

Mourinho -- who will be without the out of form Sanchez on Sunday due to a groin injury -- conceded not all national team coaches behaved in such an irresponsible way.

"Some of the national teams were very professional with us, and they send the players back and we could state the process early," said the 55-year-old Portuguese.

"Some of them, they weren't, and they kept the players, and we didn't even know the dimension and the nature of the injury, so when the players arrived here, two days before Chelsea, we have no idea of what is going on.

"But we have to deal with it, and now we are trying to resolve problems step by step. I think if Jesse (Lingard) can be available, it can give us some help."

Mourinho, though, has no intention of trying to re-sign LA Galaxy forward Zlatan Ibrahimovic to ease his injury problems.

The former Sweden striker has suggested he might return to the Premier League at the age of 37 but Mourinho shot that down in flames when asked if he would consider the move, the Manchester United manager answered: "No."

Romelu Lukaku will continue to lead the attack on Sunday, despite Mourinho's admission the striker is short of confidence.

Lukaku has gone eight games without a goal for his club, but the manager has backed the Belgian international to come good.

"I always feel that," said Mourinho.

"I always feel the next game is the game.

"I feel that every game. One day it will be and one day he will score, and one day his confidence levels will be back to normal, which really they are not there."

Marouane Fellaini Alexis Sánchez English Premier League Football Jose Mourinho
Get the latest Cricket news, check out the India cricket schedule, Cricket live score . Like us on Facebook or follow us on Twitter for more sports updates. You can also download the NDTV Cricket app for Android or iOS.