Premier League: Brentford defeated Wolves to climb to ninth spot in the standings after two wins, two defeats and just one defeat. 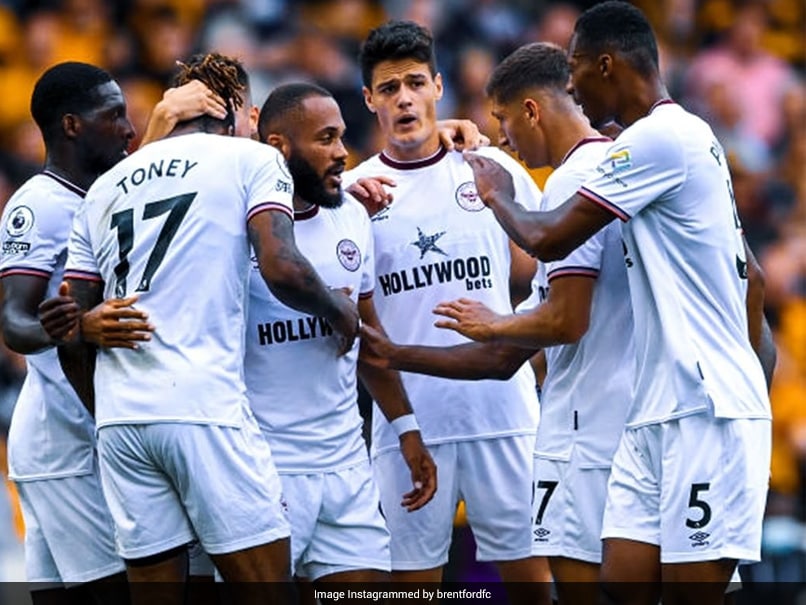 Ivan Toney scored a goal and created another as 10-man Brentford beat Wolves 2-0 on Saturday to maintain their impressive start to their first Premier League campaign. The 25-year-old striker won and converted a penalty before setting up Bryan Mbeumo as the Bees prevailed at Molineux despite Shandon Baptiste's red card in the second half. Thomas Frank's team climbed to ninth spot in the table after two wins, two draws and just one defeat in their five games so far.

Toney had the ball in the net in the opening minutes, only for the goal to be ruled out for Mbeumo being offside.

VAR confirmed referee Darren England's decision to award Brentford a penalty in the 26th minute after Marcal wrestled Toney to the ground.

Toney dusted himself down and converted the spot-kick for his second goal of the season.

He was at the centre of the action again shortly afterwards when he poked home from point-blank range before VAR disallowed the goal for handball.

Wolves winger Adama Traore unleashed a pile-driver that rattled the crossbar but Toney stole the show again moments later, shrugging off Max Kilman and setting up Mbeumo for a tap-in in the 34th minute.

Baptiste was dismissed for cynically hauling down Francisco Trincao just as Frank was apparently preparing to substitute him, inviting a Wolves onslaught in the final 25 minutes.

Mbeumo struck the bar late on as the Bees -- competing in English football's top-flight for the first time since 1947 -- followed up their win over Arsenal in the first game of the season.

Toney is the latest attacking gem the Bees have unearthed in England's lower leagues and is quelling doubts about his quality at the highest level.

He top-scored in England's third tier with Peterborough in 2019/20 and topped the scoring charts in the second-tier Championship for Brentford last season.

Wolves dropped to 14th in the table with only three points so far under new manager Bruno Lage.

Wolverhampton Ivan Toney English Premier League Football
Get the latest updates on SA vs IND 2021-22, check out the Schedule and Live Score . Like us on Facebook or follow us on Twitter for more sports updates. You can also download the NDTV Cricket app for Android or iOS.