Harry Kane took his goal tally in the Premier League to 36 for the calendar year, equalling the record set by Alan Shearer with Blackburn Rovers in 1995. 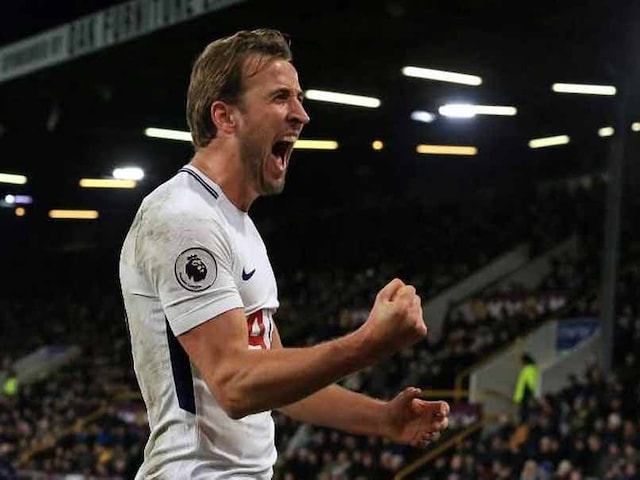 Harry Kane scored a hat-trick that equalled a Premier League record as Tottenham Hotspur won 3-0 at Burnley on Saturday to end a three-month wait for an away win. Kane added two calm second-half finishes to an early penalty to take his goal total in the Premier League to 36 for the calendar year, equalling the record set by Alan Shearer with Blackburn Rovers in 1995. But an emphatic win was set up in controversial fashion, with Burnley convinced Dele Alli had dived to win the spot-kick from which his England team-mate opened the scoring.

Alli, whose inconsistency has been a source of huge frustration for Tottenham this season, was involved in two key incidents in the first seven minutes.

He was booked for a dangerous challenge on Burnley left-back Charlie Taylor, which was not as bad as the dreadful tackle on Manchester City midfielder Kevin de Bruyne seven days earlier, but nonetheless merited a yellow card.

Shortly afterwards, he was involved in the award of a contentious penalty that left Burnley manager Sean Dyche furious.

Alli went to ground after being tackled by Kevin Long. Referee Michael Oliver saw contact where Long was convinced there was none and awarded a penalty that Kane converted.

Burnley, one place above Tottenham going into the game, looked shaken by the loss of an early goal in such circumstances and struggled to regain their composure as the visitors pushed for a second.

Son Heung-Min cut in from the left and struck a low shot that Nick Pope gathered and Kane then almost nipped in for a second, reaching Alli's deflected shot and sidestepping the goalkeeper before shooting wide.

The match threatened to boil over as Burnley took out their frustrations, with captain Ben Mee escaping a yellow card for a challenge that left Kane in pain on the ground.

Steven Defour then went in hard on Alli after taking issue with the Tottenham man's challenge on Jack Cork.

As Burnley fought to regain their composure, Moussa Sissoko passed up a clear chance to double their lead on the counter-attack as they broke from a corner.

Christian Eriksen played a pass out of defence for Alli, who then fed Sissoko to run clear, only for Pope to save twice with his legs.

Dyche's team threatened sporadically, but were limited to half-chances.

Leading scorer Chris Wood injured himself after failing to connect with Defour's low cross and had to be substituted shortly afterwards.

Tottenham continued to threaten after half-time, with Kane somehow diverting Eriksen's cross wide at the near post after it had rebounded back to him off Pope.

Then Son found Eriksen clear in the penalty area, but his shot was weak and rolled straight through to the Burnley goalkeeper.

The South Korea forward gave Burnley an almighty reprieve moments later, lifting over the bar from 12 yards with only Pope to beat after Kane's wonderful pass on the turn had sent Serge Aurier clear down the right.

Tottenham continued to create chances, with Kane cutting in from the left and seeing his angled shot deflect just wide off Mee.

But a second goal eventually came with 20 minutes to go. Mee's poor ball out of defence was pounced upon by Sissoko, who sent Kane through to slot beyond Pope.

The hat-trick was completed with 12 minutes left as Johann Berg Gudmundsson lost the ball before Alli's first-time pass allowed Kane to drive across Pope and into the far corner with his left foot.

Comments
Topics mentioned in this article
Tottenham Hotspur Burnley Harry Kane Dele Alli English Premier League Football
Get the latest Cricket news, check out the India cricket schedule, Cricket live score . Like us on Facebook or follow us on Twitter for more sports updates. You can also download the NDTV Cricket app for Android or iOS.