Everton were boosted by the return of Richarlison following a three-match ban, with Carlo Ancelotti's team unbeaten this season when the Brazilian forward, Dominic Calvert-Lewin and James Rodriguez all start together. 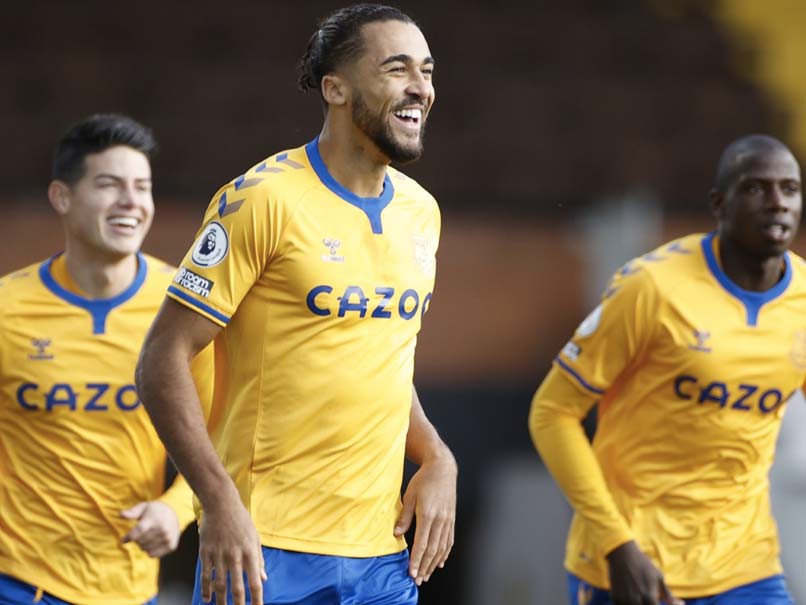 Dominic Calvert-Lewin scored after just 42 seconds as Everton ended their losing run with a 3-2 win against Fulham, while injury-ravaged Liverpool prepared for their crucial clash with Leicester on Sunday. Calvert-Lewin maintained his fine form to put Carlo Ancelotti's side ahead inside a minute at Craven Cottage. Bobby Decordova-Reid equalised for Fulham, but England striker Calvert-Lewin netted again and Abdoulaye Doucoure got Everton's third before half-time. Ruben Loftus-Cheek reduced the deficit in the second half, but Everton held on to win for the first time in five league games. After a three-game losing streak dented their bid to finish in the top four, Everton are up to sixth place.

Everton were boosted by the return of Richarlison following a three-match ban, with Ancelotti's team unbeaten this season when the Brazilian forward, Calvert-Lewin and James Rodriguez all start together.

Suitably energised by the restoration of their attacking trio, Everton made the perfect start.

Decordova-Reid gave the ball away and Richarlison advanced into the Fulham area before whipping over a low cross.

Tosin Adarabioyo made a hash of his attempted clearance and Calvert-Lewin bundled in for his 12th goal of the season.

Fulham equalised in the 15th minute when Tom Cairney's pass picked out Decordova-Reid and he eased clear of Yerry Mina to drive a cool finish past Jordan Pickford.

But Everton hit back as Calvert-Lewin netted again in the 29th minute.

Fulham's abject defending was all the incentive Everton needed to keep pushing forward and they scored again in the 35th minute.

Digne had time and space to cross from the left and his delivery was met by Doucoure, who was under no pressure as he headed past Areola.

Fulham squandered a chance to get back in the match after 68 minutes when Ben Godfrey gave away a penalty with a trip on Ruben Loftus-Cheek.

Ademola Lookman had missed embarrassingly from the spot against West Ham in Fulham's previous game, so Ivan Cavaleiro stepped up, but the winger slipped as he took his kick and the ball flew high over the bar.

Loftus-Cheek lifted Fulham's sinking morale in the 70th minute when he met Lookman's pass with a shot that deflected in off Mina.

Fulham remain one place above the relegation zone after their third defeat in four games.

The game of the day is at Anfield, where Leicester would replace Tottenham on top of the table if they can beat champions Liverpool, who will climb to second with a victory.

Already rocked by the long-term injury to Virgil van Dijk, Liverpool's defensive resources were further depleted during the international break with Joe Gomez ruled out for the remainder of the season.

Trent Alexander-Arnold is out for a further two weeks, while Jordan Henderson is an injury doubt after picking up a muscle strain on international duty.

Top scorer Mohamed Salah will also be missing after testing positive for coronavirus while in Egypt.

There is a huge opportunity for former Liverpool boss, Brendan Rodgers, to become the first man to lead a visiting side to a league win at Anfield since April 2017 with no such injury concerns for the third-placed Foxes.

Jamie Vardy's retirement from England duty means Leicester's top scorer has had two weeks off, while Rodgers could have full-backs Ricardo Pereira and Timothy Castagne back from injury.

Everton Dominic Calvert-Lewin James Rodriguez Football
Get the latest updates on SA vs IND 2021-22, check out the Schedule and Live Score . Like us on Facebook or follow us on Twitter for more sports updates. You can also download the NDTV Cricket app for Android or iOS.