Manchester City manager Pep Guardiola and Liverpool counterpart Jurgen Klopp have battled for supremacy for the majority of their time in England together. 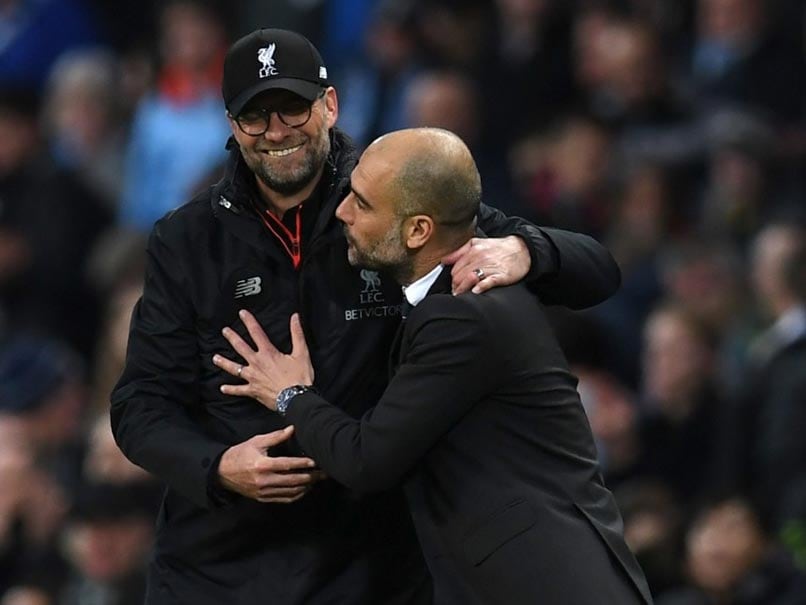 Manchester City manager Pep Guardiola offered his support to Liverpool counterpart Jurgen Klopp after the Reds' downturn in form led to rumours the German could walk away from the Premier League champions. Klopp dismissed those claims on Monday and denied any suggestion he needs a break to recharge his batteries, after five-and-a-half years in charge at Anfield, during which he has restored Liverpool to their former glories. Guardiola said he had "a lot" of sympathy for Klopp. "What he has produced in football is exceptional. I said it many times, now, in the last season and the previous seasons when he was in Germany."

"His philosophy makes football entertaining for all spectators. He always wants to produce joy to the fans, to play attacking football. We all have good moments or bad moments. There is no club or manager than can sustain seasons and seasons of winning, winning, winning, winning."

Guardiola and Klopp have battled for supremacy for the majority of their time in England together, with City and Liverpool the Premier League's two dominant sides for the past four seasons.

City look set to win their third title in four years after opening up a seven-point lead, at the top of the table with a game in hand to come.

Liverpool have suffered three consecutive defeats to slip to sixth, but Guardiola sees similarities between their struggles as City's own dip in standards last season, left them 18 points adrift in second.

"From my personal point of view, sometimes it is good to lose," added Guardiola.

"Four seasons are good enough to realise how difficult everything is. When you come back and try to win some games you give more credit or value to what you have done or are doing."

City's bid to win an unprecedented quadruple of trophies continues when they travel to Everton in the Premier League on Wednesday.

Guardiola's men return to Champions League action against Borussia Monchengladbach in the last 16 next week, face Tottenham in the League Cup final in April and visit Everton again in the quarter-finals of the FA Cup.

An English top-flight run of 16 consecutive wins in all competitions has largely been achieved without Kevin De Bruyne, who is sidelined with a hamstring injury.

But the Belgian could feature for the first time in a month at Goodison Park tomorrow.

"He's really getting better. Today he did all training with the group," said Guardiola.

The in-form Ilkay Gundogan will miss the Everton match after coming off in the 3-0 win over Tottenham on Saturday with a groin injury, but Guardiola confirmed it is not a serious problem and the German should be fit for Saturday's clash against Arsenal.