Olivier Giroud has signed a new contract that will keep him at Chelsea till the end of the 2021-22 season. 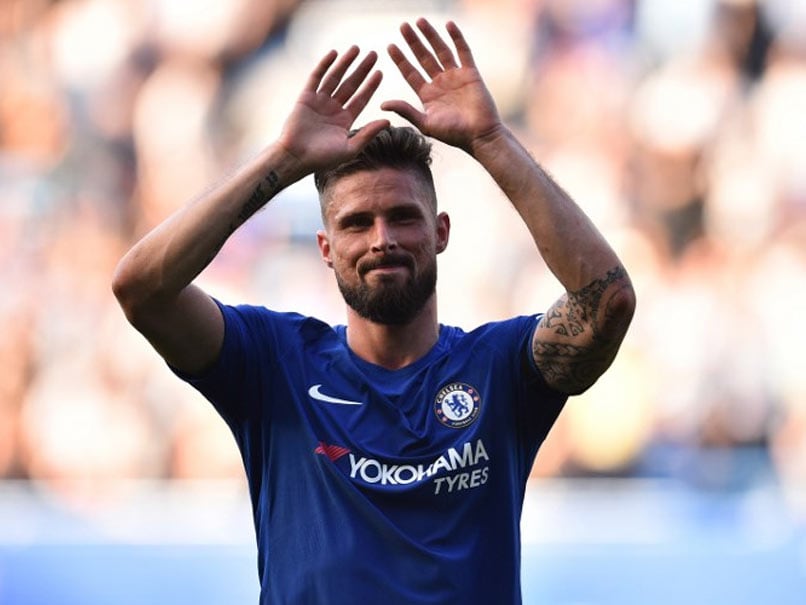 Chelsea striker Olivier Giroud has revealed he "very nearly" left Stamford Bridge in January but says he now has his sights set on winning more trophies with the Premier League club. Giroud recently signed a one-year contract extension that will keep him at Chelsea until the end of next season. The new deal completed a sudden change of fortunes for the France international. Chelsea manager Frank Lampard had been searching for a striker in the January transfer window and Giroud, linked with a move to Tottenham, would have been surplus to requirements if a new recruit had arrived.

But Lampard was unable to make a signing and Giroud, who had been reduced to fringe status for much of the season, was suddenly back in the team after an injury to forward Tammy Abraham.

"I was supposed to leave in the January transfer window because I wasn't playing much and I needed more game time to make the France squad for Euro 2020," Giroud told Chelsea's website on Tuesday.

"I very nearly left the club but I really think that God wanted me to stay at Chelsea.

"The manager told me that he couldn't let me leave because he didn't have anyone to replace me. Everyone knows what happened so I won't go back over it but the coach spoke to me privately and told me that he'd give more games.

"He kept his word and what then mattered to me was proving to him that he could count on me when I was called upon."

Giroud responded to his unexpected chance with a crucial goal in a win against Tottenham and also impressed in victories against Liverpool and Everton.

The 33-year-old World Cup winner said: "I simply seized my opportunity and I repaid the faith that the manager had shown in me.

"I want to keep winning trophies and I want to continue to show the manager that he can count on me."

The Frenchman said he was relishing being back in training ahead of theproposed Premier League restart on June 17, despite the constraints imposed by coronavirus.

"We're working hard and it really feels good to be back on the pitch, to get to see team-mates again and to simply be playing football, kicking the ball and scoring goals again," he said.

"I'd really missed it a lot. That being said, it's very unique but it's fine and spirits are high."