Liverpool are just two wins away from securing their first league title in 30 years. 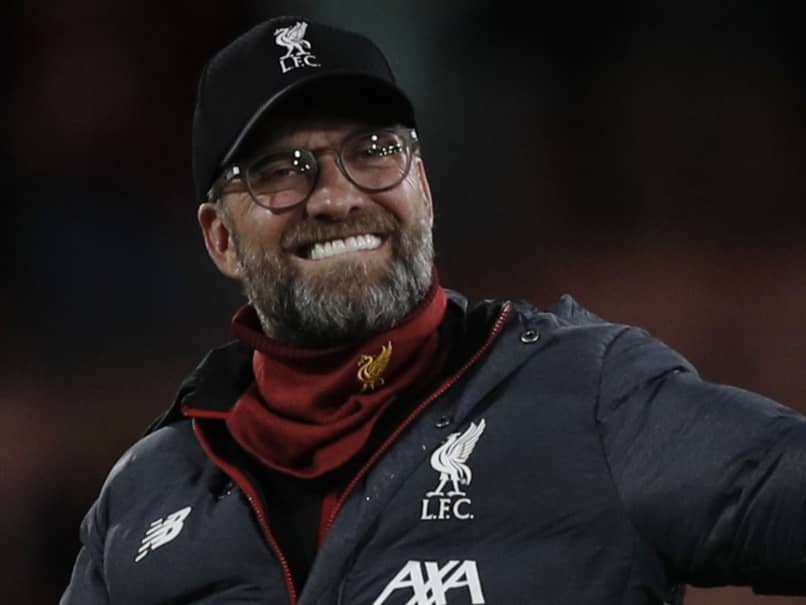 Jurgen Klopp promised to celebrate the Premier League title in style when it is safe to do so.© AFP

Liverpool manager Jurgen Klopp cannot wait for English football's return after a three-month layoff due to the coronavirus pandemic and promised to celebrate the Premier League title in style when it is safe to do so. Liverpool are just two wins away from securing their first league title in 30 years. The Reds held a commanding 25-point lead over Manchester City when play was halted in March. Klopp's men could even clinch the title with victory in their first game back if City lose to Arsenal in one of two games scheduled to take place on June 17, before the first full round of matches the following weekend.

"I have missed it so much it's unbelievable," Klopp told the BBC.

"I know it's not the most important thing in life but it is my passion. I hope the people are looking forward to it because we are."

After such a long wait to win the Premier League, Liverpool face the anti-climax of doing so in front of empty stands with all remaining 92 league games to be played behind closed doors.

A year ago to the day, tens of thousands of fans poured onto the streets around Liverpool to celebrate a sixth European Cup win.

And Klopp insisted there will be a parade to celebrate the title, even if it is many months after the league is won.

"If we become champions, whatever celebrations are possible we will do as a team internally and with all our supporters in the moment we are allowed to do so again," he added.

"I can promise that if it happens, there will be a parade as well. Whenever. Who cares! We only need one day when everybody is able to come and then we will do that."

Klopp's men are also well on course to smash the record points tally in the Premier League, set by Manchester City who registered 100 two seasons ago.

Liverpool have already racked up 82 points with 27 still to play for and Klopp does not want to see any easing up towards the end of the campaign.

"It's nice to think about it but we are not champions yet and we know that," he said. "We know we are close but close is not there. There are 27 points left for us and we will try everything to take them all.

"We are still not champions. We have to play football games and we have to win them.

"We don't want to stop winning after two games or whatever it is. I don't see results written in the stars; we have to work really hard."

Manchester City Jurgen Klopp English Premier League Football
Get the latest updates on IPL 2021, IPL Points Table , IPL Schedule 2021 , live score . Like us on Facebook or follow us on Twitter for more sports updates. You can also download the NDTV Cricket app for Android or iOS.