Nottingham Forest manager Steve Cooper has signed a new contract that keeps him at the club until 2025, despite a poor start to the season that has left the newly promoted side bottom of the Premier League 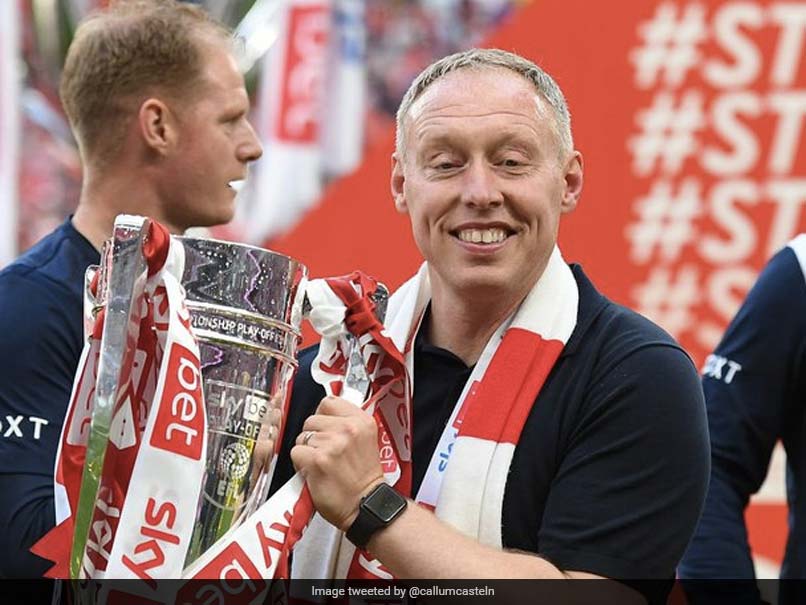 Steve Cooper, 42, was reported to be facing the sack earlier this week.© Twitter

Nottingham Forest manager Steve Cooper has signed a new contract that keeps him at the club until 2025, despite a poor start to the season that has left the newly promoted side bottom of the Premier League. Cooper, 42, was reported to be facing the sack earlier this week after a run of five successive defeats, but he has now tied his future to Forest for the next three years. "It puts clarity on speculation," said Cooper, whose existing deal was due to expire in 2023.

"No one had ever questioned how much I love it here and want to be here, that has never been in question.

"If there is talk about that, it can stop. It doesn't mean we are going to win the next match and everything is going to be OK. It has put an end to the questioning and that is great."

The former Swansea boss took charge of Forest in September last year with the club bottom of the Championship.

Cooper inspired an incredible turnaround to finish fourth in the second tier and sealed promotion to the Premier League for the first time since 1999 after beating Huddersfield 1-0 in the play-off final at Wembley.

However, he has had to completely rebuild a team after the club signed a Premier League record 23 new players in recent months.

Forest said in a statement: "It is now important that our focus is solely on football.

"As a group we are all concentrated and will do everything we can to help the team move up the league table and once again demonstrate our qualities that led us to the Premier League."

Comments
Topics mentioned in this article
Nottingham Forest English Premier League Football
Get the latest updates on Fifa Worldcup 2022 and check out  Fifa World Cup Schedule, Stats and Live Cricket Score. Like us on Facebook or follow us on Twitter for more sports updates. You can also download the NDTV Cricket app for Android or iOS.