"Not Had Any Symptoms": Watford Defender Stunned By COVID-19 Diagnosis

Adrian Mariappa was among three members of Watford Football Club to test positive for coronavirus. 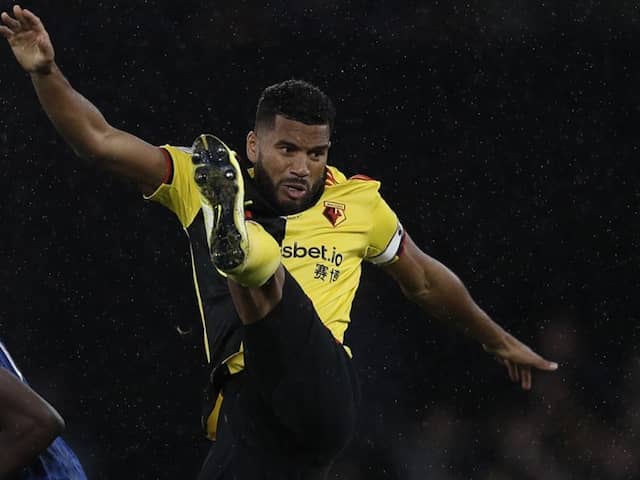 Adrian Mariappa said it was a "big surprise" after he tested positive for coronavirus.© AFP

Watford defender Adrian Mariappa said news that he had tested positive for coronavirus came as a "big surprise" as he has felt no ill effects. The 33-year-old was one of three positive tests at Watford with the other two among staff members. The Hornets accounted for half the six COVID-19 cases detected from 748 tests of Premier League players and staff ahead of a return to training in small groups this week. "Ever since I got my positive result back on Tuesday, I've been scratching my head to try to work out how I might have got coronavirus," Mariappa told The Telegraph.

"It was a big surprise because I haven't really left the house, apart from some exercise and the odd walk with the kids. I've mainly just been homeschooling and keeping fit."

Mariappa had been following a fitness programme prepared by the club without any trouble caused by the virus to his breathing.

"I've not had any symptoms and I've felt as fit as ever, probably fitter because I've been working really hard.

"I've been following my training programme and I've not felt out of breath or ill, or anything.

"We've been fully monitored the whole time and the club have been able to track our distances and things. I've been really excelling in all of that and feeling great."

Burnley confirmed their assistant manager Ian Woan is also asymptomatic having tested positive for the virus.

Watford captain Troy Deeney has said he will not return to training this week for fear that he could contract COVID-19 and pass it onto his five-month-old son.

Other Watford players are reportedly set to follow Deeney's example, but Mariappa did not rule out returning to training once he was gone through a period of seven days self-isolation.

"I will just follow the protocols and each of the steps, and decide what is right for me each time," he added.

"My focus now is just on isolating for seven days and hopefully testing negative next time."

Watford English Premier League Adrian Mariappa Football
Get the latest Cricket news, check out the India cricket schedule, Cricket live score . Like us on Facebook or follow us on Twitter for more sports updates. You can also download the NDTV Cricket app for Android or iOS.