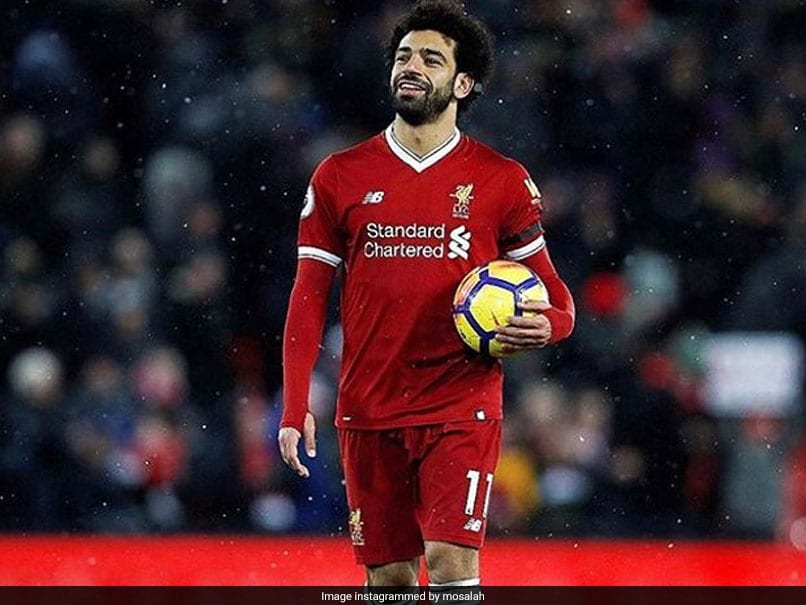 Egyptian international Mohamed Salah's stunning first season with English Premier League side Liverpool earned him a long-term contract with the club on Monday. Liverpool manager Jurgen Klopp said the fact the 26-year-old striker -- who scored 44 goals in just 52 appearances last season -- signed such a deal reflected his belief the club were on course for a successful era. Salah's goals played a large part in Liverpool reaching the Champions League final against Real Madrid. However, that proved a rare sour note for the player as Salah was slammed to the turf by Real Madrid's Sergio Ramos, causing a painful separation of his left shoulder.

Salah returned to action for the first time in three weeks against Russia at the World Cup in their group match last month but was a shadow of the player that had dazzled for Liverpool and earned him the Africa player of the year award.

The new contract "demonstrates two things very clearly -- his belief in Liverpool and our belief in him," Klopp told the Liverpool website.

"I think this news can be seen for what it is; rewarding a person who performed and contributed greatly for the team and the club last season," said Klopp.

"We want world-class talent to see they have a home at Anfield where they can fulfil all their professional dreams and ambitions - we are working hard together to achieve this.

"When someone like Mo Salah commits and says this place is my home now, it speaks very loudly I think.

"Equally, our commitment to him says we see his value and want him to grow even more and get even better within our environment."

Salah registered the second-highest total of goals in a season in Liverpool's history, just three behind Ian Rush's record of 47 and surpassing Roger Hunt's haul of 42.

Thirty-two of those came in the Premier League, setting a new record in a 38-game season and earning him the Golden Boot.

Salah was named as both the PFA Players' Player of the Year and the Football Writers' Association's Footballer of the Year for his efforts in 2017-18.

Liverpool Mohamed Salah English Premier League Football
Get the latest updates on IPL Auction 2023 and check out  IPL 2023 and Live Cricket Score. Like us on Facebook or follow us on Twitter for more sports updates. You can also download the NDTV Cricket app for Android or iOS.