The Liverpool star held off competition from Pierre-Emerick Aubameyang and Sadio Mane to take home the prize. 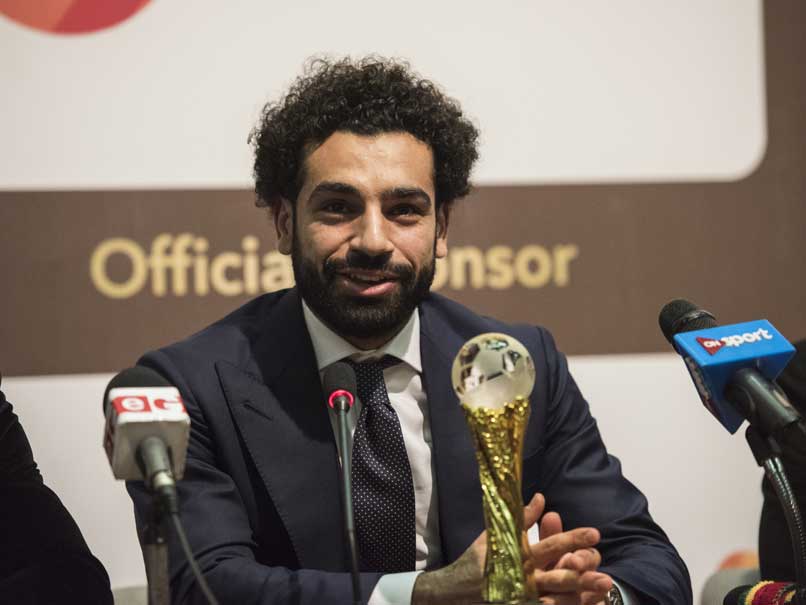 Star Liverpool striker Mohamed Salah was on Thursday named African Player of the Year in Ghanaian capital Accra, the first Egyptian to win the award since Mahmoud al Khatib in 1983. The 25-year-old has scored 23 goals in 29 matches in all competitions this season for the Premier League outfit after moving from AS Roma in the summer. He also starred for resurgent Egypt, who last year finished runners-up to Cameroon in the Africa Cup of Nations and secured a first World Cup appearance since 1990.

In the penultimate round of World Cup qualifying, Salah scored the brace that edged Congo Brazzaville in Alexandria, including the stoppage-time winner from a penalty that sealed a trip to Russia. Salah's Liverpool teammate Sadio Mane, of Senegal, was runner-up and 2015 winner, Gabon and Borussia Dortmund striker Pierre-Emerick Aubameyang third after a 30-player list had been trimmed to three.

National coaches, Confederation of African Football (CAF) officials, journalists and the public were involved in the voting.

"Winning this award is a dream come true -- 2017 was an unbelievable year for me I had a fantastic time with the national team," said Salah after receiving the trophy.

"This is a big award for me, a special moment in my career. I would like to dedicate it to all the kids in Africa and Egypt.

The Egyptian succeeds Algerian Riyad Mahrez of Leicester City as holder of the most prized CAF individual award. It is the first time since 1986 that stars from the north of the continent, which along with the west is the strongest football region, have won successive titles. Victory on Thursday completed an awards hat-trick for Salah, who was named BBC African Footballer of the Year in December and Arab Player of the Year earlier this week.

Mane was voted 2016-2017 Liverpool Player of the Season, but the 25-year-old has since been overshadowed at Anfield by Salah's scoring exploits.

He did stand out for Senegal, however, as they secured a first World Cup appearance since 2002, providing much of the creativity in a team stacked with physically formidable footballers.

He flopped with Gabon, though, failing to take the 2017 Cup of Nations hosts past the first round and shunning several World Cup call-ups as Gabon failed to qualify.

Ahead of the awards ceremony, CAF president Ahmad Ahmad told a media conference why the Africa-based Player of the Year and Referee of the Year awards had been scrapped.

"When a footballer aims for excellence, they must rise to the highest standards, irrespective of where they play. We hope one day the best player will be based in Africa.

"Referees already have their rewards and marks of recognition. They are evaluated after every match and the best are designated matches like the CAF Champions League final."

Shortlists had been drawn up for both awards when the CAF executive committee decided to dump them, initially without offering any explanations.

Comments
Topics mentioned in this article
English Premier League Mohamed Salah Sadio Mane Liverpool Football
Get the latest updates on ICC Women's Cricket World Cup 2022 and IPL 2022, check out the Schedule , Live Score and IPL Points Table. Like us on Facebook or follow us on Twitter for more sports updates. You can also download the NDTV Cricket app for Android or iOS.