Mikel Arteta Says Sack Is Risk You Take Being A Manager

Arsenal are 14th in the table after five losses in their opening 10 Premier League games and they have been beaten in their past three home matches. 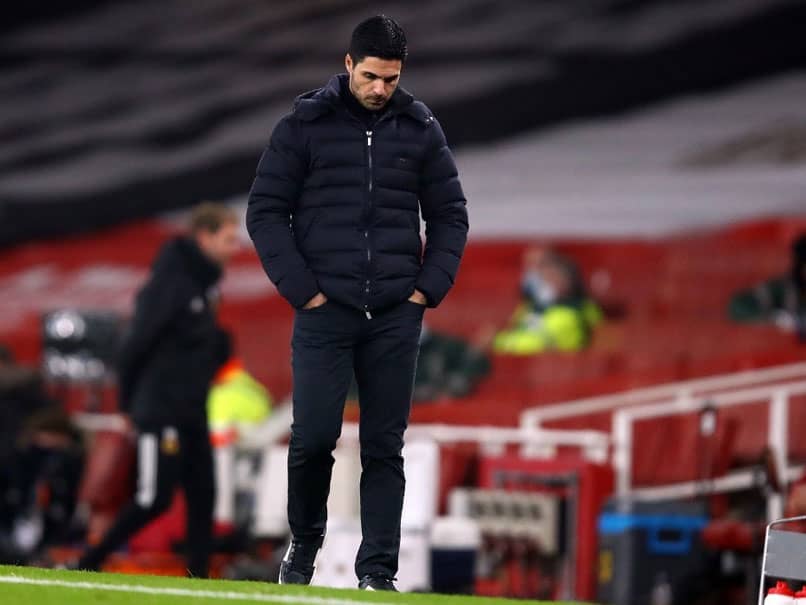 Mikel Arteta has brushed aside questions about whether he is concerned about the sack.© AFP

Arsenal manager Mikel Arteta has brushed aside questions about whether he is concerned about the sack after the club endured its worst start to a season since 1981. Arsenal lost 2-1 at home to Wolverhampton Wanderers on Sunday, their third successive Premier League defeat. The Gunners are 14th in the table after five losses in their opening 10 Premier League games and they have been beaten in their past three home matches. Arsenal's form has not been helped by their lack of bite in front of goal with Pierre-Emerick Aubameyang a shadow of the player he was last season.

Gabriel's first-half goal against Wolves was their first in open play in the Premier League in six games.

Defeat also came a year to the day that Arteta's predecessor Unai Emery was sacked.

However, 38-year-old Arteta -- who previously served under Pep Guardiola at Manchester City -- says he will not be distracted by questions over his own future.

"It's something that the day I decided to be a coach I know that one day I will be sacked or leave the football club," he said.

"I don't know if it's the day after I sign my contract, in a month's time, a year's time or six months' time. I never worry about it.

"My only concern is to get the best out of the players, give the best possible service to the club and become better and better.

"I know, I repeat, in this profession, one day I will get the sack or leave but I don't know when that is going to happen."

Arteta will hope they can end their poor run by gaining bragging rights in the north London derby against table-topping Tottenham Hotspur on Sunday.

Wolverhampton Mikel Arteta English Premier League Football
Get the latest updates on India vs Australia Series, check out the India vs Australia Schedule for 2020-21 and Ind vs Aus live score . Like us on Facebook or follow us on Twitter for more sports updates. You can also download the NDTV Cricket app for Android or iOS.