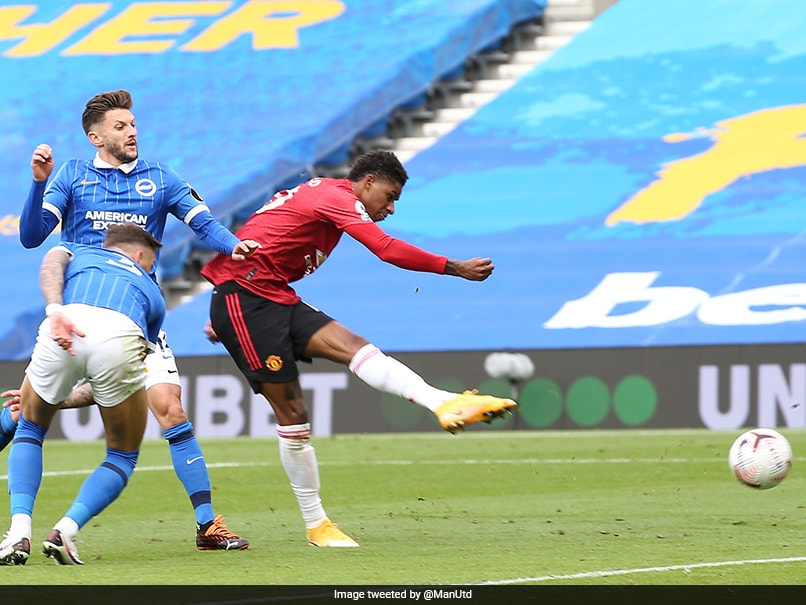 Manchester United manager Ole Gunnar Solskjaer has revealed that he had a little bit of a go at Marcus Rashford for a tackle he evaded during the Premier League 2020-21 match against Brighton. United sealed a dramatic 3-2 win over Brighton on Saturday. Solskjaer's side had conceded the first goal in the match, and United was only able to win the match after being given a penalty in injury time. Lewis Dunk, Marcus Rashford and Bruno Fernandes scored the goals for United. Rashford had scored the second goal for United in the 55th minute of the match.

"He was getting better and better. I had a little bit of a go at him halfway through the first-half for a tackle he evaded, but I think his reaction, his sharpness is getting better, he's more direct," Goal.com quoted Solskjaer as saying.

"You can see his confidence is getting there. Great goal and great run - and great finish for the one that was disallowed as well. And I think Marcus will really kick on this season. I'm very happy for Marcus to get that goal. He was just a couple of inches offside on a counter-attack we had, with a great cross from Mason Greenwood," he added.

The goal was Rashford's first in the Premier League 2020-21 season. He had scored 22 goals in all competitions during the 2019-20 campaign.

Manchester United will next lock horns with Tottenham Hotspur in the Premier League on October 4.

Brighton & Hove Albion Marcus Rashford Ole Gunnar Solskjaer Football
Get the latest updates on ICC Women's Cricket World Cup 2022 and IPL 2022, check out the Schedule , Live Score and IPL Points Table. Like us on Facebook or follow us on Twitter for more sports updates. You can also download the NDTV Cricket app for Android or iOS.