Ole Gunnar Solskjaer, praising Marcus Rashford, said it is fantastic when footballers use their impact and position to benefit other people. 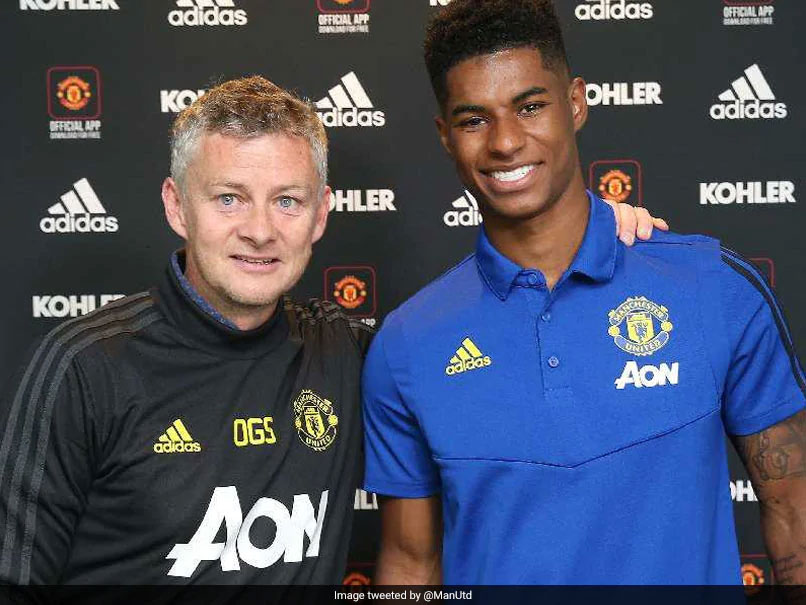 Ole Gunnar Solskjaer said Marcus Rashford cares about "so much more than himself".© Twitter

As Marcus Rashford is set to become the youngest ever recipient of an honorary degree from The University of Manchester, Red Devils manager Ole Gunnar Solskjaer has praised the work done by the striker during the lockdown period. Rashford will be getting a degree from the University of Manchester in recognition of his achievements as a footballer and as a passionate campaigner against child poverty. "It's fantastic and it's fantastic when footballers can use their impact and power in their position to benefit someone else. What Marcus has done during the lockdown and since the lockdown when with Fareshare with the meals has been great. Marcus is a top human being and he cares about so much more than himself," the official website of Manchester United quoted Solskjaer as saying.

The 22-year-old Rashford will follow in the footsteps of Manchester United legends Alex Ferguson and Bobby Charlton by receiving an honorary doctorate, the highest honour the university can bestow.

"It's a proud day for myself and my family. When you look at the great names that have been awarded this doctorate in the past, it's humbling," Manchester United's official website had quoted Rashford as saying.

"We still have a long way to go in the fight to combat child poverty in this country but receiving recognition from your city means we are heading in the right direction and that means a lot. Thank you to The University of Manchester," he added.

The club said that an open letter to Members of Parliament about his personal experiences of using foodbanks influenced a change in government policy, enabling children who have free school meals in term-time to continue receiving them during the summer.

In addition, Marcus's collaboration with poverty and food waste charity, FareShare, led to 20 million pounds being raised in financial and food donations and 3.9 million meals being distributed to vulnerable people every week during the COVID-19 crisis.