Angel Gomes has only made 10 first-team appearances and contract talks hit a roadblock, with Ole Gunnar Solskjaer now expecting the 19-year-old midfielder to leave when his contract runs out on June 30. 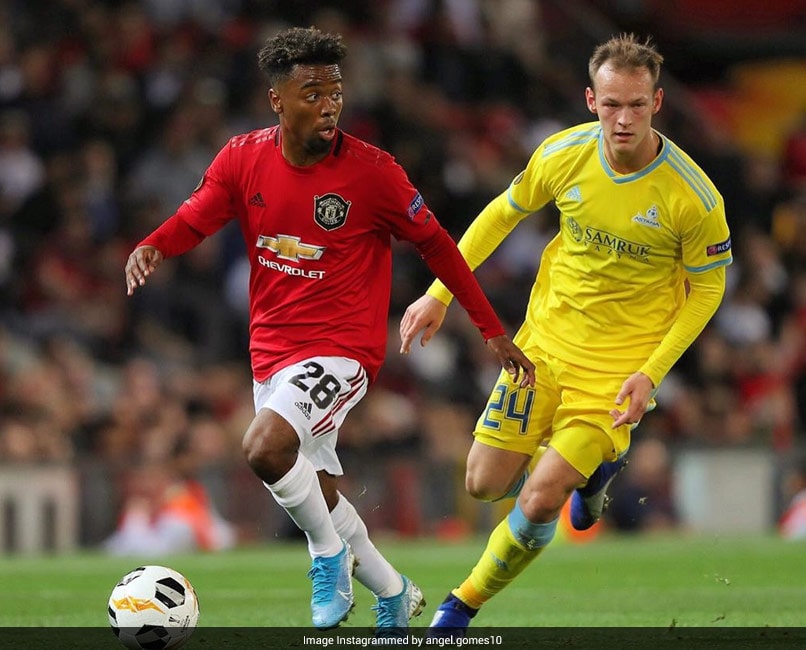 Angel Gomes came through the academy at Old Trafford and made his debut aged 16 in May 2017.© Instagram

Ole Gunnar Solskjaer is bracing himself for the loss of teenage midfielder Angel Gomes, whose Manchester Unitedcontract expires on Tuesday. The highly rated 19-year-old came through the academy at Old Trafford and made his debut aged 16 in May 2017, becoming the youngest player since Duncan Edwards in the 1950s to feature for the first team. But Gomes has only made 10 first-team appearances and contract talks hit a roadblock, with Solskjaernow expecting the United midfielder to leave when his contract runs out.

Asked at a press conference on Monday if Gomes would be staying at the club, the United boss said: "I've got no news, nothing, so it doesn't look like it."

Gomes was part of England's Under-17 World Cup triumph in 2017 and earlier this month Solskjaer said he was hoping that the teenager would sign a new deal.

Pushed to clarify if Gomes was leaving, Solskjaer added: "To be honest, I've not heard from them last night or this morning, so it seems like that they haven't managed to agree (a deal), so the answer is probably short and 'yes' then."

United, in sixth place in the Premier League, travel to face Brighton on Tuesday, five points behind fourth-placed Chelsea in the race for a Champions League spot.

Marcus Rashford, who was able to recover from a back injury during the coronavirus shutdown, is yet to add to his 19-goal haul this season since football resumed.

"Of course, Marcus has been out for a while but I think he's looked sharp," Solskjaer said.

"He came on and looked sharp again against Norwich (in the FA Cup). Against Sheffield United he missed one or two chances but the goals he created I think is what we're focusing on.

"I think Marcus is on his way to the best season ever at Man United, so, for me, I'm just looking forward to him getting more and more minutes. He'll definitely score a goal soon."

United are on an unbeaten run of 14 matches in all competitions ahead of the trip to Brighton, where they have lost both their previous clashes with the Seagulls.

Solskjaer is expecting another tough match on the south coast and an intense fight for a top-four spot.

"I think there's many teams in that battle for third and fourth," he said. "You've got Leicester, Chelsea, us, you've got Wolverhampton doing really well.

"Of course, I'm sure Tottenham, Arsenal and Sheffield United still want to put a run together and put a challenge in there, so it's exciting."

"I think you can talk about 14 games but we're just look at the next one," he added.

"As long you go into the next game knowing that you've won the previous one, that's a good place to be in."

Manchester United English Premier League Football Ole Gunnar Solskjaer
Get the latest updates on ICC Women's Cricket World Cup 2022 and IPL 2022, check out the Schedule , Live Score and IPL Points Table. Like us on Facebook or follow us on Twitter for more sports updates. You can also download the NDTV Cricket app for Android or iOS.