Ole Gunnar Solskjaer says he has never considered dropping David de Gea "for a one second" as the Spanish goalkeeper prepares to make his 400th appearance for Manchester United. 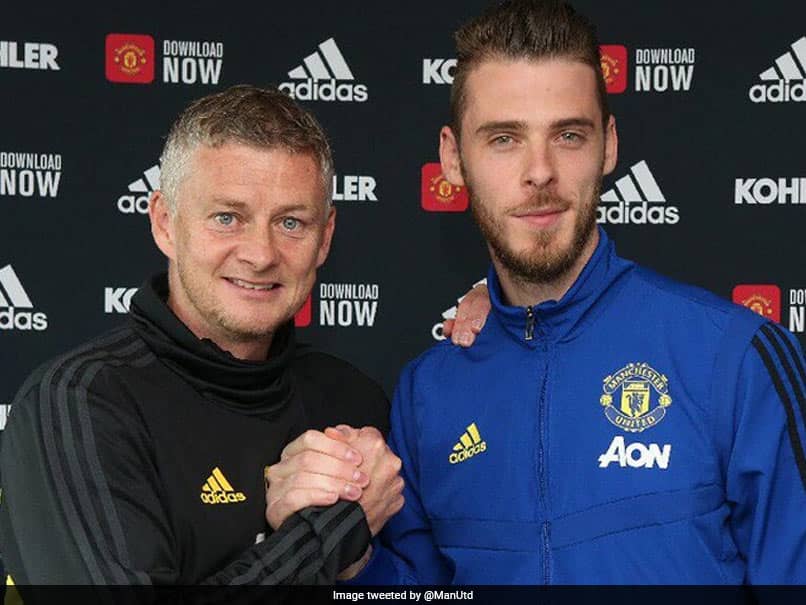 Ole Gunnar Solskjaer says he has never considered dropping David de Gea "for a one second" as the Spanish goalkeeper prepares to make his 400th appearance for Manchester United. Signed as a wiry 20-year-old from Atletico Madrid in 2011, the 'keeper overcame initial struggles to establish himself as one of the best shot-stoppers in the Old Trafford giants' history.

De Gea was a fax machine error away from joining Real Madrid in 2015 but the goalkeeper is now committed to United until at least 2023 and will make his 400th outing for the club against Southampton on Monday.

The 29-year-old has won United's player of the year award for four of the six seasons since Alex Ferguson retired but questions over his position continue, with Dean Henderson impressing on loan at Sheffield United.

Yet Solskjaer has retained belief in a goalkeeper he recently called the best in the world, even during a shaky spell last season.

Asked if he had considered dropping him or taking him out of the firing line, the United boss said: "It did not cross my mind for one second. Not at all.

De Gea usurped Peter Schmeichel's tally of 398 United appearances in Thursday's 3-0 win at Aston Villa, with Alex Stepney now the only goalkeeper to have played for the club more.

It will take a while to match his figure of 539 but Solskjaer is convinced the Spaniard has plenty of years in him yet.

"He has come out and said he wants to play many, many more, maybe 10 more years," said the United boss.

Solskjaer said De Gea, who won the Premier League in 2013, was driven by a desire to win the top trophies with United, who have slipped from their position of dominance in English football since Ferguson left the club.

"I don't think he'll be happy until he wins the bigger trophies because staying at Man United in this time and not having won more, I think that's something that he will feel is a black dot in his career."

United host Southampton on Monday, with the chance to leapfrog Chelsea and Leicester into third place in the Premier League.

David de Gea Football English Premier League
Get the latest updates on India vs England Series, India vs England , live score and IPL 2021 Auction . Like us on Facebook or follow us on Twitter for more sports updates. You can also download the NDTV Cricket app for Android or iOS.