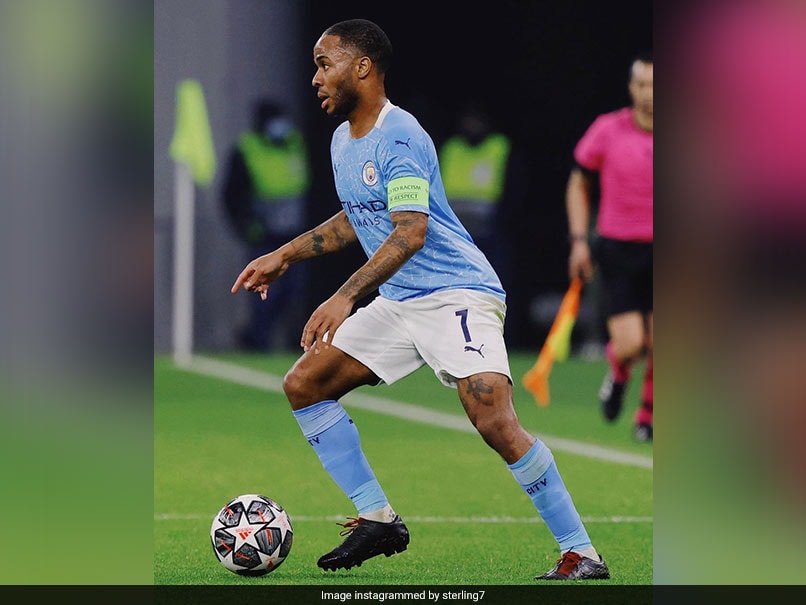 Raheem Sterling has been the target of abuse on social media on several occasions in the past.© Instagram

Manchester City forward Raheem Sterlinghas been racially abused on Instagram less than 48 hours after the Premier League's social media boycottended. Sterling suffered the abuse following City's Champions League semi-final second leg victory against Paris St Germain on Tuesday. A spokesperson for Facebook, which owns Instagram, said: "The racist abuse sent to Raheem Sterling is unacceptable and we do not want it on Instagram.

"As part of our ongoing work in this space, we'll soon be rolling out new tools to help prevent people seeing abusive messages from strangers.

"No single thing will fix this challenge overnight but we're committed to doing what we can to keep our community safe from abuse."

Premier League clubs and players stayed off social media over the weekend in protest at the barrage of abuse suffered by top-flight stars in recent years.

Sterling has been the target of abuse on social media on several occasions in the past.

It found more than 3,000 explicitly abusive messages were directed at those players publicly via Twitter, with 50 per cent of those messages aimed at just three players -- Sterling, Crystal Palace's Wilfried Zaha and Wycombe's Adebayo Akinfenwa.

Sterling said at the time: "I don't know how many times I need to say this, but football and the social media platforms need to step up, show real leadership and take proper action in tackling online abuse.

"The technology is there to make a difference, but I'm increasingly questioning if there is the will."

Manchester City Raheem Sterling English Premier League Football
Get the latest updates on ICC T20 Worldcup 2022, check out the Schedule and Live Score. Like us on Facebook or follow us on Twitter for more sports updates. You can also download the NDTV Cricket app for Android or iOS.