Liverpool and Manchester City meet at the Etihad Stadium next Thursday and Pep Guardiola said that Liverpool deserve to be given the traditional guard of honour. 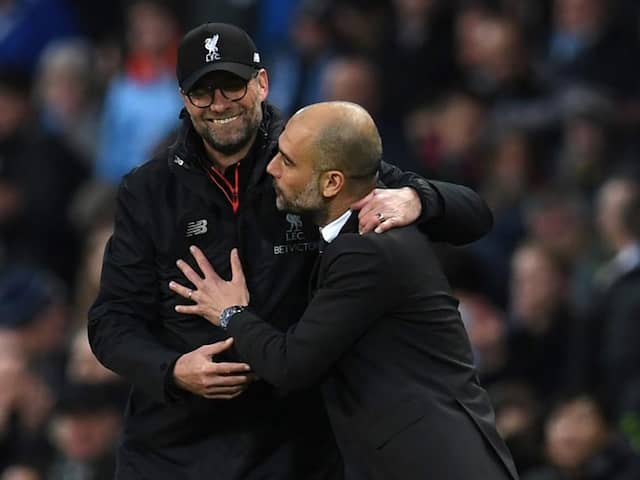 Pep Guardiola on Saturday confirmed that his Manchester City side will give new Premier League champions Liverpool a guard of honour when they meet next week. Liverpool's first English league title in 30 years was secured two days ago as second-placed City lost 2-1 at Chelsea. The top two meet at the Etihad Stadium next Thursday and Guardiola, whose team had won the two previous Premier League titles, says Liverpool deserve to be given the traditional guard of honour. "Of course we are going to do it," said Guardiola. "We are going to do the guard of honour of course.

"Always we receive Liverpool when they come to our house in an incredible way. They cannot complain and of course we are going to do it because they deserve it."

The Spaniard refuted any suggestion that his team have not been as hungry or motivated this season, despite Liverpool winning their 19th league title with a record seven games to spare.

"A team that wins eight titles (trophies) in the last three years have passion, in every single game, in every competition, everywhere. No one in this country can say that," added Guardiola, who led City to a third straight League Cup triumph before the coronavirus lockdown in March.

"It is so difficult to do what we have done in the most difficult league in the world but you cannot win all the time.

"There was one team that was exceptional and, when one team is exceptional, I say learn from them and congratulate them. It is simple.

City visit Newcastle on Sunday for their FA Cup quarter-final and are still chasing a treble of major trophies, leading Real Madrid 2-1 after the first leg of their Champions League last-16 tie at the Santiago Bernabeu.

Chelsea Pep Guardiola Jurgen Klopp English Premier League Football
Get the latest Cricket news, check out the India cricket schedule, Cricket live score . Like us on Facebook or follow us on Twitter for more sports updates. You can also download the NDTV Cricket app for Android or iOS.