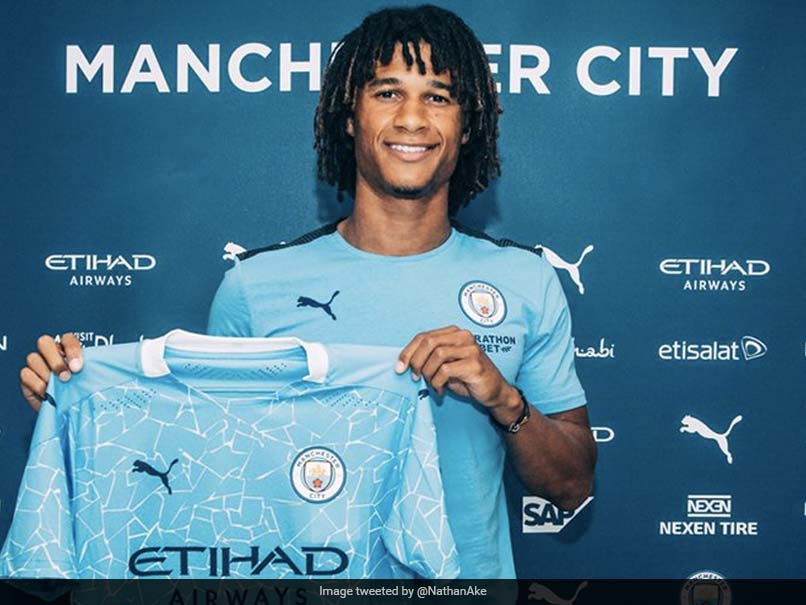 Nathan Ake termed Manchester City as the best side in England over the course of the last decade.© Twitter

Manchester City on Wednesday announced the signing of Bournemouth defender Nathan Ake on a five-year deal -- the second new arrival at the Etihad in the summer transfer window. Pep Guardiola's dethroned Premier League champions agreed a 40 million pound (USD 52 million) fee for the Netherlands centre-back, rising to a potential 41 million pound. The signing comes a day after the club announced they had landed Spain Under-21s winger Ferran Torres from Valencia.

"City have been the best side in England over the course of the last decade," Ake, 25, said in a club statement.

"Coming here is a dream for me. This is a top side full of world-class players. Everywhere you look in this squad there are big names with international pedigree."

"He was a leader during his time at Bournemouth and I am so pleased we've managed to bring him here. He's strong and quick, and we feel he has the technical and intellectual attributes needed to excel in Pep's set-up."

City finished 18 points behind Jurgen Klopp's Liverpool, who were crowned champions in June after a three-month hiatus due to the coronavirus.

Guardiola's team lost nine matches during the season, showing the need for a rebuild at the back.

A knee ligament injury to Aymeric Laporte early in the season hit City where they most lacked cover, in central defence, after failing to replace departed captain Vincent Kompany.

Bournemouth Football English Premier League
Get the latest updates on Fifa Worldcup 2022 and check out  Fifa World Cup Schedule, Stats and Live Cricket Score. Like us on Facebook or follow us on Twitter for more sports updates. You can also download the NDTV Cricket app for Android or iOS.