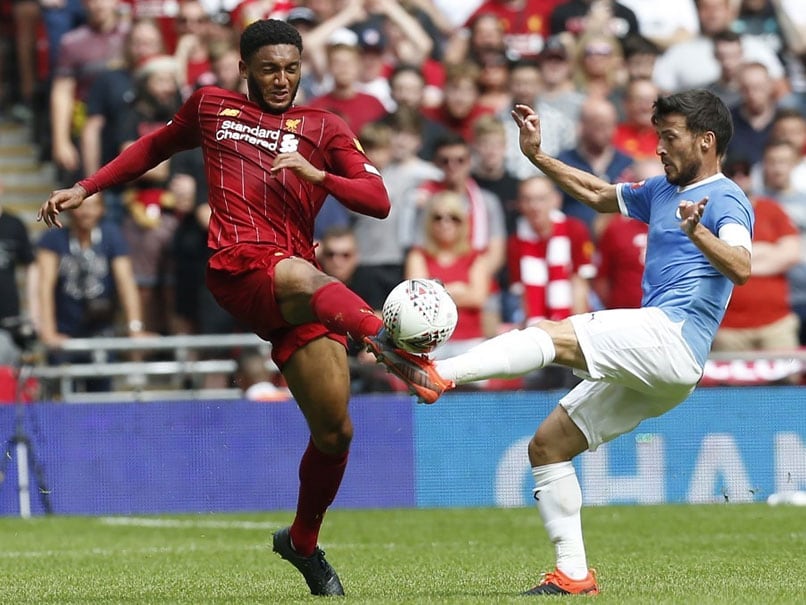 Here, AFP Sport looks at three key battles that are likely to decide the latest meeting between the champions of Europe and champions of England:

Which of these England teammates gets the upper hand will have a huge bearing on the outcome.

Alexander-Arnold's superb delivery and ball striking has made him one of Liverpool's most deadly weapons, even from right-back.

However, the one weakness in his game can be the space he leaves to be exploited in behind and there are few players better equipped to take advantage of that than a former Liverpool favourite in Raheem Sterling.

Sterling has never scored at Anfield since making a £50 million move to Manchester in 2015, but is City's top scorer in all competitions and has 18 goals in 20 games for club and country this season.

Fabinho's importance to Liverpool's stunning form in 2019 was underlined by Jurgen Klopp's decision to rest the Brazilian for last weekend's last-gasp win at Aston Villa to ensure he did not pick up a booking that would have seen him suspended for City's visit.

Klopp nicknamed Fabinho the "Dyson" after his recent display against Tottenham for his ability to hoover up possession in midfield.

"The job of the No. 6 in modern football is incredibly important and the more offensive players there are around you, the more important it gets. But he's not only a gap-closer, a challenger or whatever, he is a very good footballer as well," added Klopp.

De Bruyne missed both meetings between the sides in an injury-plagued campaign last season and his return was expected to have a major impact on the title race.

The Belgian shone in the early weeks of the season and his absence from the starting line-up has coincided with City's two Premier League defeats of the campaign so far to hand Liverpool the initiative.

Mane was the focus of Pep Guardiola's ire after scoring another late Liverpool winner at Villa Park last weekend to maintain the Reds' six-point lead.

Guardiola accused the Senegalese of diving to go with his "special talent" after he was booked for trying to win a penalty against Villa and won late spot-kicks that led to winners against Tottenham and Leicester in recent weeks.

Mane has been Liverpool's most potent attacking threat in 2019, scoring 27 goals, and demands even greater attention from the City defence than Roberto Firmino and Mohamed Salah on Sunday.

Walker's poor form saw him controversially dropped for the January encounter between the sides that hauled City back into the title race last season, but has reestablished himself as Guardiola's first-choice right-back, despite the arrival of Joao Cancelo from Juventus in August.

The England international has the pace to match Mane, but will need help from those around him to deal with the dual threat posed by Liverpool's number 10 and Andy Robertson flying forward from left-back.