Premier League: Ibrahima Konate is Jurgen Klopp's first major signing ahead of next season as the Liverpool boss looks to avoid a repeat of the defensive crisis that ruined their domestic football league title defence. 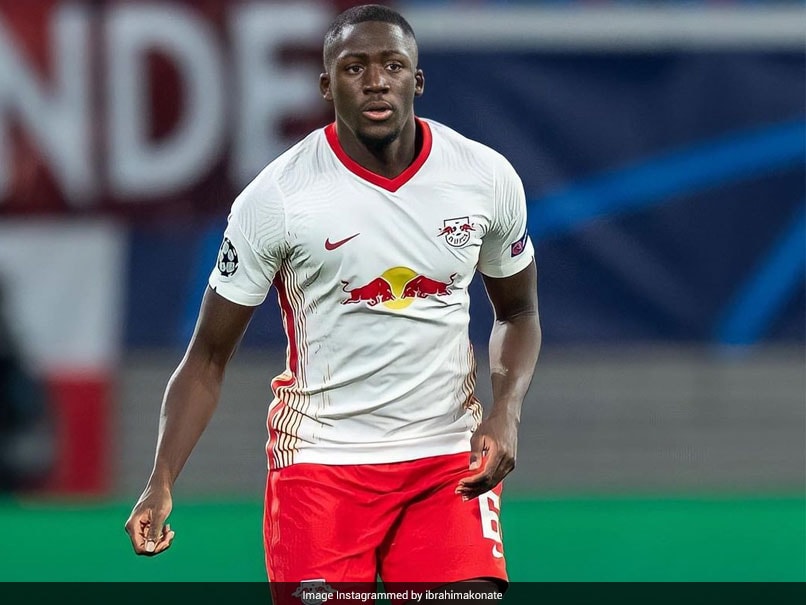 Jurgen Klopp boosted Liverpool's centre-back options by signing RB Leipzig defender Ibrahima Konate on a "long-term" contract on Friday. France Under-21 international Konate will compete for a position at the heart of Klopp's defence after they suffered a host of centre-back injuries this season. Liverpool triggered the reported 36 million pounds (50 million dollars) release clause in the 22-year-old's Leipzig contract to seal his switch to Anfield. The move is subject to international clearance and a UK work permit. "I'm really happy to be joining such a massive club like Liverpool," Konate told Liverpool's website.

"It's a really exciting moment for me and my family and I am really looking forward to meeting my new team-mates, the staff and getting started on this new chapter."

Konate is Klopp's first major signing ahead of next season as the Reds boss looks to avoid a repeat of the defensive crisis that ruined their Premier League title defence.

With Virgil van Dijk, Joe Gomez and Joel Matip all sidelined by long-term injuries, Liverpool were dethroned by Manchester City after a troubled campaign.

Klopp often had to use Brazilian midfielder Fabinho at centre-back and finished the season with inexperienced duo Nat Phillips and Rhys Williams as his two central defenders.

Konate was with Leipzig for four seasons, having come through the academy system at French club Sochaux.

He featured 21 times for Leipzig this season but only started eight matches in the Bundesliga.

Part of France's Under-21 squad at the forthcoming European Championship, Konate said: "After this competition I know I will be joining one of the best teams in the world and that gives me a great feeling.

"I have worked very hard for many years to get to this point, but I would like to say a big thank you to everyone at RB Leipzig and all the people I worked with there -- the coaches, my team-mates, the staff and especially the fans.

"Your support helped me grow up during my time there and become not only a better player, but a better man and I will always be grateful for it."

Ozan Kabak will return to German club Schalke following the centre-back's loan spell at Anfield in the second half of the season.

RB Leipzig English Premier League Football
Get the latest updates on IND vs NZ 2021, check out the Schedule and Live Score . Like us on Facebook or follow us on Twitter for more sports updates. You can also download the NDTV Cricket app for Android or iOS.